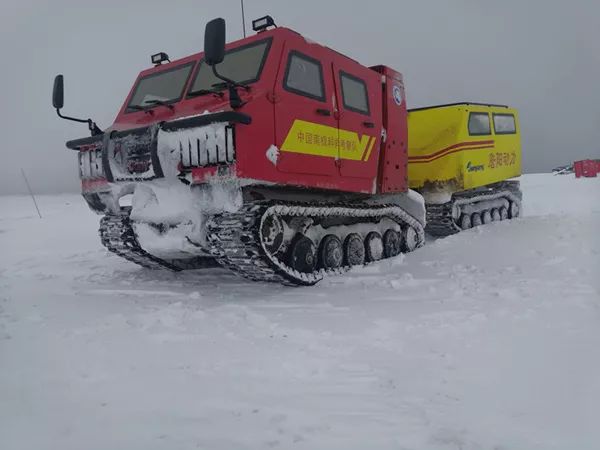 The vehicle Nanji 2 (Antarctica No. 2), painted in red and yellow, was manufactured by Guizhou Jonyang Kinetics Co., Ltd. It was delivered to the Polar Research Institute of China in Shanghai on Sunday.

Compared with previous generations, the new amphibious vehicle is equipped with an upgraded running system. It also applies new material and technologies to improve low-temperature performance and wear resistance, allowing it to work at minus 41 degrees Celsius. In addition, the vehicle has increased comfort for researchers with air conditioning and ventilation systems.

Its control system and other core components were all developed in China, said Lyu Qian, general manager of the manufacturer.

The vehicle is multifunctional with strong transport capacity and good adaptability to complex terrain. It can undertake various missions, including personnel and materials transportation, sea, ice and land explorations, as well as search and rescue operations.

Wei Fuhai, deputy head of the 36th Antarctic expedition, said more and more China-made equipment has been widely used in recent polar research, which is a symbol of the country's strength.