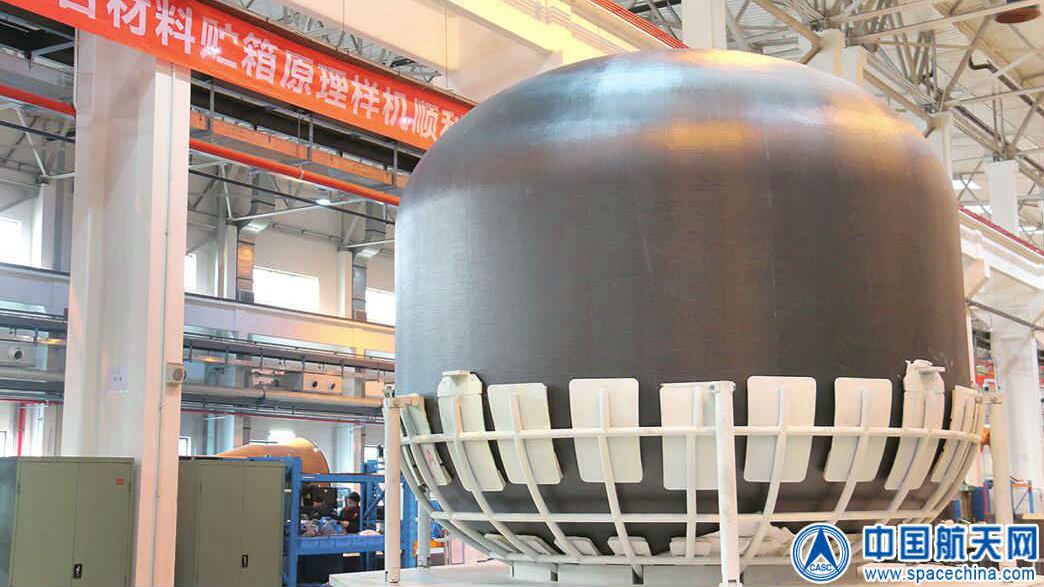 A rocket tank prototype made of composite materials. (Photo: CASC)

China has developed two new rocket tank prototypes that can help reduce the weight of rockets and improve launch capabilities, according to the China Aerospace Science and Technology Corporation (CASC).

The two new prototypes, developed by the China Academy of Launch Vehicle Technology under the CASC, both have a diameter of 3.35 meters. One is made of aluminum lithium alloy and the other is made of composite materials.

The aluminum lithium alloy rocket tank is 15 percent lighter and 30 percent stronger than conventional tanks made of aluminum copper alloy.

It has passed several tests and shown good performance, and has initially met the requirements for engineering application.

It is expected to be used for a series of carrier rockets, improving the structural efficiency and carrying capacity of the Long March-5, Long March-7, Long March-8 and other rockets. It will also lay a foundation for the development of heavy rockets with larger diameters and the new generation of manned rockets.

The rocket tank prototype made of composite materials will be mainly used in liquid oxygen environments. Compared with rocket tanks made of metal, it is around 30 percent lighter, and has better strength and endurance. It also has the advantages of fewer production processes and a shorter production cycle, which will help reduce the cost of rockets.

Researchers are currently carrying out a series of tests and evaluations on the tank, according to the CASC.