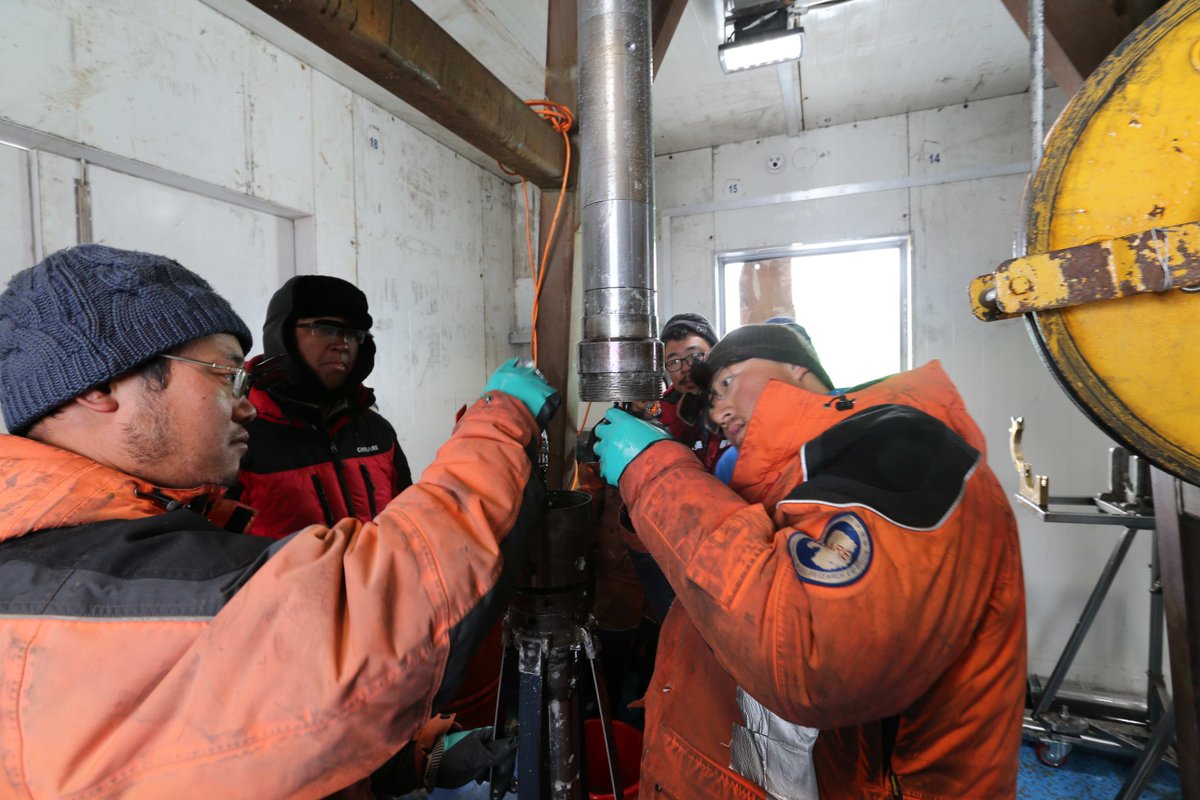 This is the first time for the equipment to be used in Antarctica, and the subglacial bedrock core sample it has got is the first that has been obtained in this area, which provides significant scientific evidence for researching Antarctic ice sheet movement and evolution, as well as the East Antarctica subglacial geology.

The drilling site is 12 km south of the Zhongshan Station. On Jan. 23, the research team, led by Zhang Nan of China's Jilin University, started drilling. Five days later, the shallow ice sheet was drilled through and the equipment reached the deep ice sheet.

On Feb. 10, the drilling work saw a breakthrough, with the drill reaching the ice-rock intercalary strata after drilling 191 meters in depth. According to the Xinhua reporter at scene, the ice core obtained there is yellow grey, containing a large quantity of rock and soil particles, which means the drill has reached the ice-rock interface. Thereafter, with the subglacial bedrock drilling tool, the researchers obtained a subglacial bedrock core sample.

The drilling practice is aimed at testing the reliability of the drilling equipment, adding a new "weapon" to China's polar expedition, and laying the foundation for further research on the Antarctic ice sheet in the future, said Sun Bo, head of China's 35th Antarctic expedition team.