China's research vessel Kexue (Science) on Monday started to explore a series of seamounts in the south of the Mariana Trench, the deepest place on Earth. 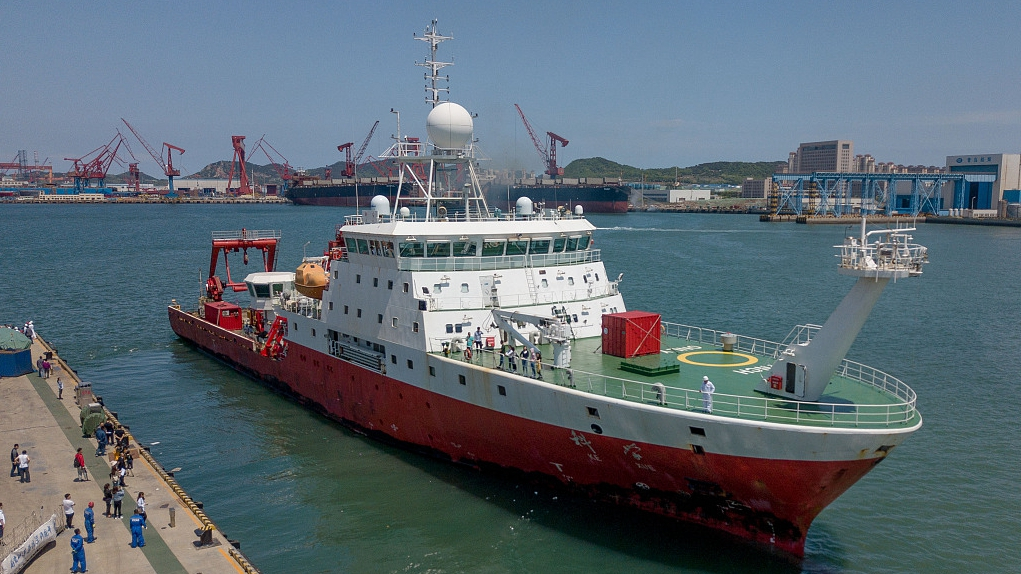 The remotely operated vehicle (ROV), Discovery, dived into the sea on Monday morning to collect visual information and samples from a small seamount in the southwest of the targeted area.

Scientists planned to investigate four seamounts in this area, part of the Caroline Ridge in the western Pacific Ocean, and the largest one is the Caroline Seamount, which Science explored in 2017, said Xu Kuidong, chief scientist aboard the vessel and a researcher with the Chinese Academy of Sciences (CAS).

The other three seamounts have never been explored and their tops are all about 800 meters below the sea surface, Xu said.

"We will focus on biological diversities, ecological systems and biological distributions of the four seamounts, trying to find out the differences and the driving factors," Xu said.

Science, which departed from Qingdao in east China's Shandong Province on May 18, will take a 20-day investigation here and is scheduled to go back to Xiamen of southeast China's Fujian Province on June 23.