BEIJING, Aug. 25 (Xinhua) - Funny-looking humanoids practice tai chi and sing Peking opera. A robotic surgical system performs a suture on a grape. A futuristic bionic bird spreads its wings and soars, as a crowd of visitors hold up their phones to take pictures. 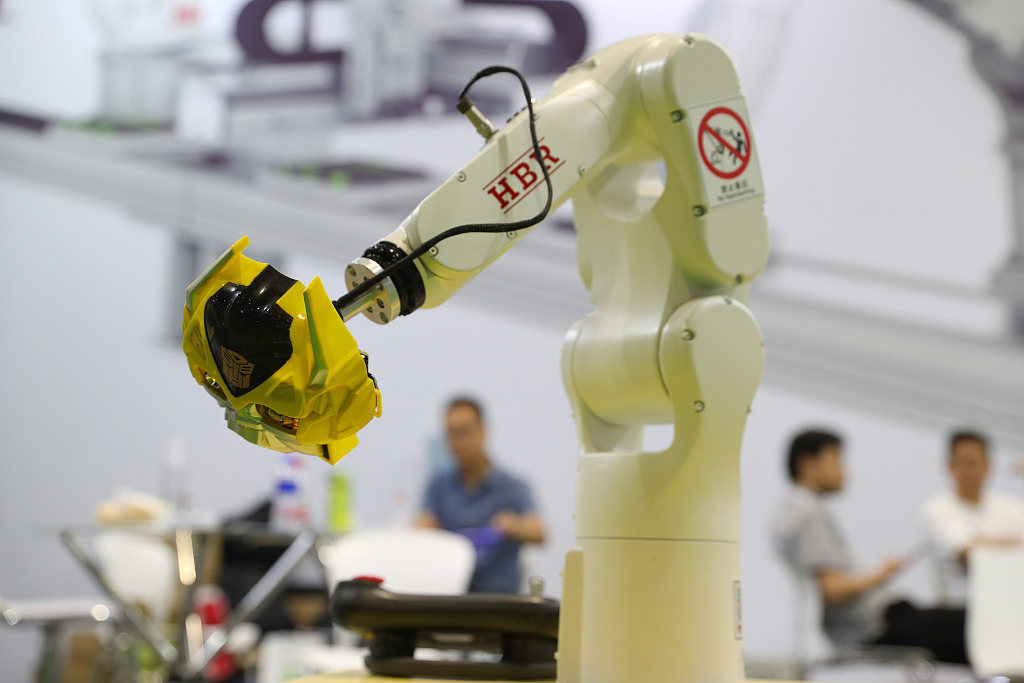 The power of robots is on full display at the 2019 World Robot Conference (WRC) held in Beijing from Tuesday to Sunday, where more than 180 robot makers from China and abroad showcase cutting-edge robotics technologies.

As the annual WRC enters its fifth year, China is moving into a new era of market boom and technological advances. The country's robot market is estimated to reach 8.68 billion U.S. dollars this year, accounting for about 30 percent of the global robot market and posting an average annual growth of 20.9 percent in the past five years, according to a recent report by the Chinese Institute of Electronics (CIE).

China has also launched a development plan for the robotics industry from 2016 to 2020 to boost research and development of key robotics technologies, foster major innovations and promote international cooperation in the field. 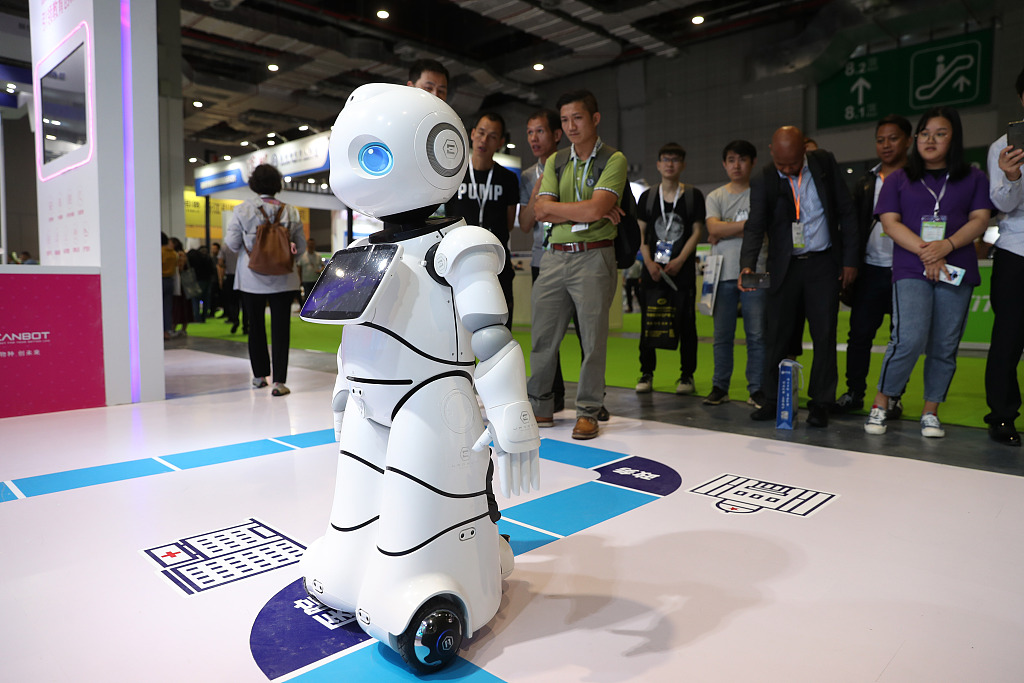 Industrial robots, key to boosting productivity in the manufacturing sector, are well represented at this year's WRC.

HIT Robot Group, one of China's leading industrial robot manufacturers, showcased its latest automated pharmaceutical packaging line. It features 10 robotic arms that can nimbly pick up pills and arrange them in order. The pills are later packaged, weighed and labeled automatically on the line.

HIT Robot Group is one of the many Chinese robotics companies that have cashed in on China's huge demand for industrial robots, as the country aims to deploy a large robot army to turbocharge its manufacturing sector amid rising labor costs and an aging population.

According to the CIE report, China is the world's largest industrial robot market, with an estimated value of 5.7 billion US dollars in 2019.

Besides manufacturing, robots are being used in China in many more areas.

A robot barista, developed by Chinese home appliance producer Gree Electric Appliances, has captivated many visitors at this year's WRC. The bright-colored robotic arm can make and serve coffee and even create latte art.

Audiences at the WRC marveled at the band's performance as the four "musicians" moved their fingers swiftly and effortlessly on the instruments.

"It's magnificent. It's difficult enough to make one robot play the instrument according to the rhythm, let alone coordinating the performances of four robots," said Wu Hao, a Beijing resident who saw the robot band for the first time. "I can see the great efforts the engineers have put into the robots."

An Longxiang, a staff member with Gree's marketing department, said the robot band is powered by advanced technologies such as flexible mechanical controls and precise algorithms, which have the potential to be used in medical care and other fields.

"The use of robots has expanded from the manufacturing sector to healthcare, service, consumption and other areas. These areas are the future of robots," Qu Daokui, founder of major Chinese robot manufacturer Siasun Robot and Automation Co., Ltd.

Themed "Intelligent Ecosystem for a New Open Era," this year's WRC is aimed at providing a platform for China and other countries to deepen cooperation in the robotics industry.

In the WRC exhibition center, a robotic surgical system co-developed by Chinese and Swiss scientists, "Ophthorobotics," showcases the latest achievements of international cooperation.

The robot, able to do injection therapy and help treat chronic eye diseases, can finish the injection in two minutes, compared to at least 15 to 20 minutes by an ophthalmologist.

The robot has an iris recognition and eye-tracking system, and can detect the lesion part and locate the best spot to inject, said Bradley J. Nelson, chief technology officer of the project and professor with the Swiss university ETH Zurich.

"The robot will be clinically tested in China and Switzerland in February next year," said Liu Qian, president of Zhongrui Funing Robotics Co., Ltd.

So far, Liu's company has worked with robotics R&D institutions in countries including Sweden, Switzerland, the UK, Japan, Germany and Italy and has filed 52 patent applications, among which 23 were filed overseas.

Many foreign robotics enterprises have invested and built factories or set up joint ventures in China, and Chinese companies are also looking for overseas partners and exploring the international market, said Xin Guobin, China's vice minister of industry and information technology, at a forum during the conference.

For example, in Beijing's Yizhuang economic development zone, where the WRC exhibition center is located, more than 180 robotics companies have set up operations, including strong foreign players such as Festo and Yaskawa Electric Corporation. There were only 35 in 2016.

Alois C. Knoll, a professor from the Technical University of Munich, said on the sidelines of the WRC that he hoped to see more R&D collaboration between China and other countries as well as further industrial cooperation between Chinese and foreign robotics companies.

"China will continue to make the WRC a bridge, take an active part and push forward cooperation in the robotics industry globally," Xin said. "We will encourage Chinese companies to work together with their foreign counterparts to put more research into application."