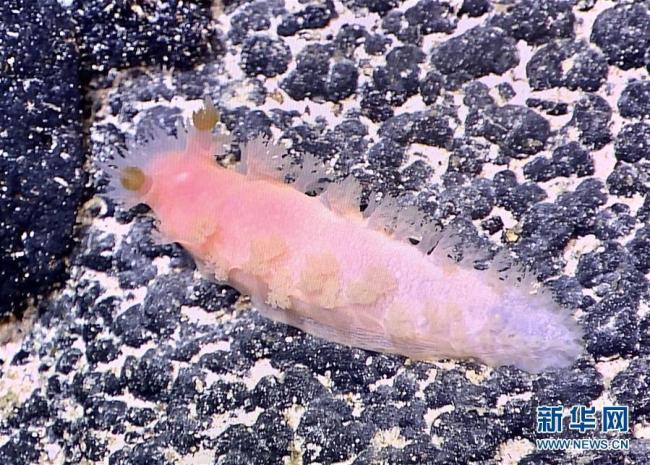 A sea slug is spotted by the Discovery drone on May 27, 2019. China's research vessel KEXUE (Science) started to explore a series of seamounts in the south of the Mariana Trench in the west Pacific on Monday. (Photo: Xinhua)

Sea slugs are hardly seen in deep-water (deeper than 200 meters), but Discovery gathered the two at the depth of 970 meters, according to Xu Kuidong, chief scientist aboard the vessel and a researcher of the Chinese Academy of Sciences (CAS).

The two sea slugs, with white bodies and pairs of bronze tentacles on pink heads, are about 5 cm long and 2 cm wide in the ocean, but they curled up after being taken to the vessel. 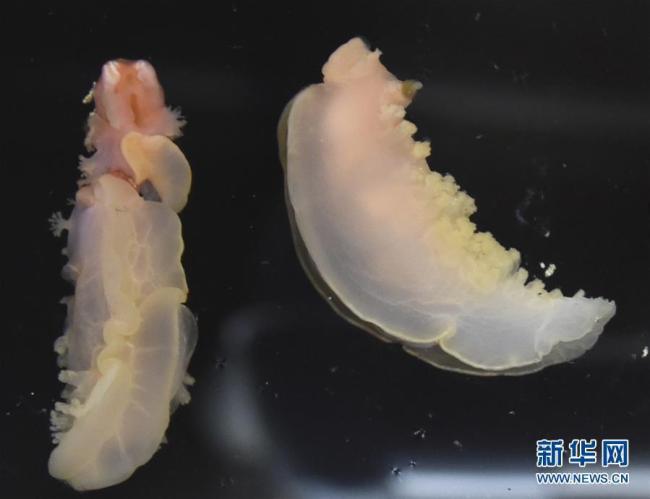 A video sent back by the remotely-operated vehicle Discovery shows molluscs with pink heads and white bodies. Scientists believe they are a kind of rare sea slug, which have over 3000 species worldwide.

With varying levels of resemblance to terrestrial slugs, sea slugs actually belong to the family of snails, or marine gastropod mollusks, and have lost their shells over evolutionary time.

There are about 3,000 species of sea slugs in the world and most of them are found in shallow water of tropical zones.

Beside sea slugs, Discovery also collected more than 60 samples of corals, sponges, shrimps and rocks in the dive.

KEXUE is carrying out a 20-day long investigation over a series of seamounts in the south of the Mariana Trench, the deepest place of the earth. 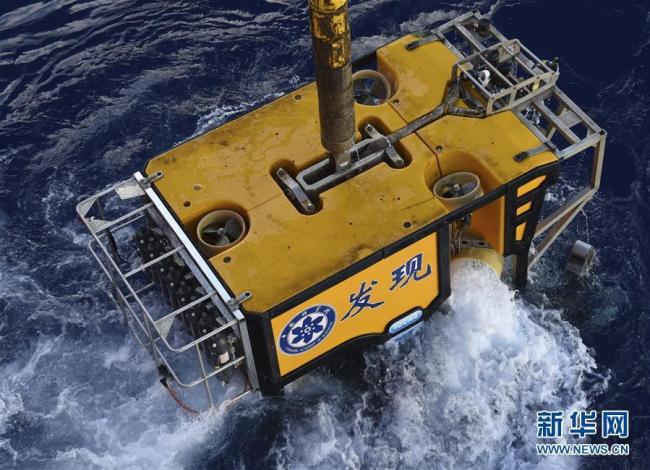