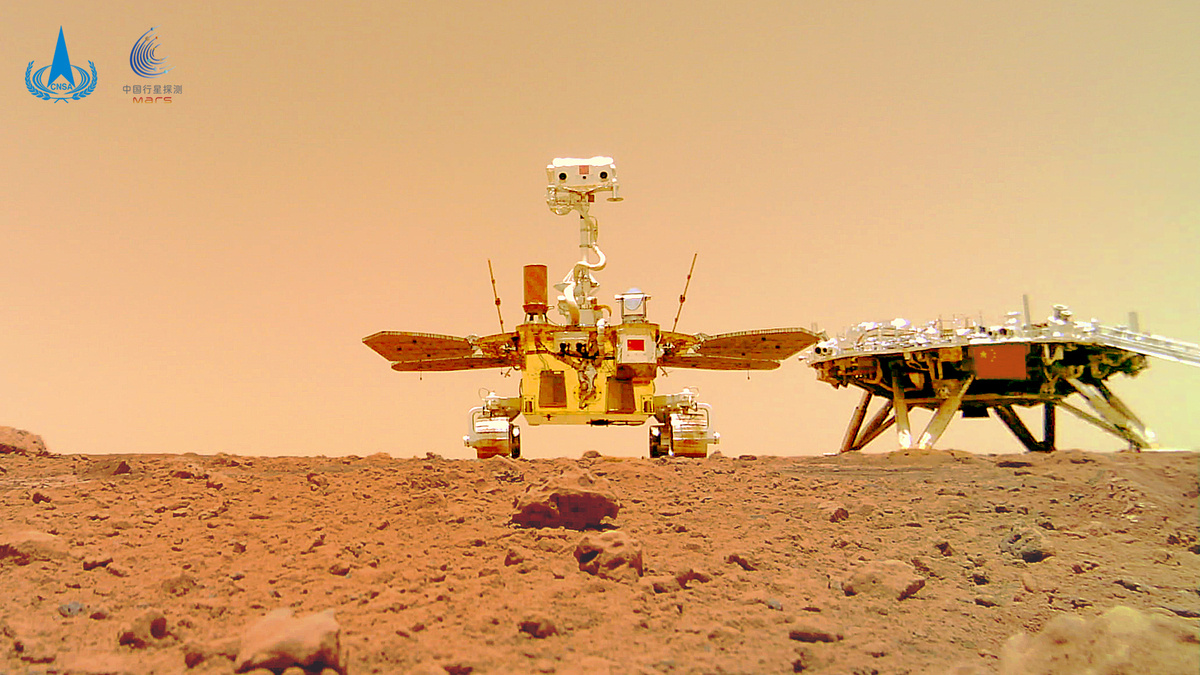 China's Mars rover Zhurong had traveled more than 1,000 meters on the surface of the red planet as of Monday, the Lunar Exploration and Space Program Center of the China National Space Administration (CNSA) said.

China's Tianwen-1 mission, consisting of an orbiter, lander, and rover, was launched on July 23, 2020.

The lander, carrying the rover with an expected lifespan of at least 90 Martian days or about three months on Earth, touched down on May 15 in the southern part of Utopia Planitia, a vast plain in the northern hemisphere of Mars.

Starting its exploration, Zhurong drove down from its landing platform to the Martian surface on May 22.

As of Aug 15, 2021, Zhurong had accomplished planned exploration and detection tasks.

The CNSA added that the rover will continue to move to the boundary zone between the ancient sea and land in the southern part of Utopia Planitia to carry out tasks.