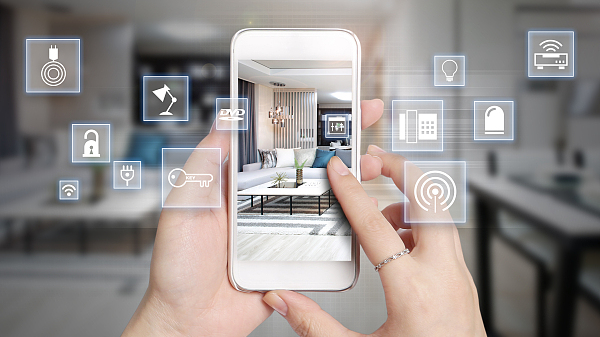 The installed base of smart assistant devices in China will reach 5.8 billion by 2030, about twice the size of the US market, according to a Canalys report.

The company's research analyst Cynthia Chen explained in a press release that those categories are expected to contribute the biggest growth.

"The growing Chinese middle class is relentlessly pursuing a higher standard of living, and smart appliance will play a major part in their vision of the ideal home," she said.

She also mentioned the market difference between different countries. "For example, home security is an important area where IoT devices are being adopted. But due to the housing structure and lifestyle habits, devices embraced in China are different."

Mou Qian, a startup CEO who owns a smart door lock company in southwest China, told CGTN that as an entry-level product to home appliances, the smart door lock has huge market potential. But compared to the 70-percent or even higher penetration rate in Japan and South Korea, the coverage of such door lock applications in China is relatively low.

That's why she quit her stable job at a state-owned enterprise and started her own business in this industry, she told CGTN.

The young entrepreneur also suggested that Internet of Things (IoT) will be the next trend after the mobile internet. According to the database firm, revenues of the smart home market in China will amount to about 12.99 billion US dollars in 2019.