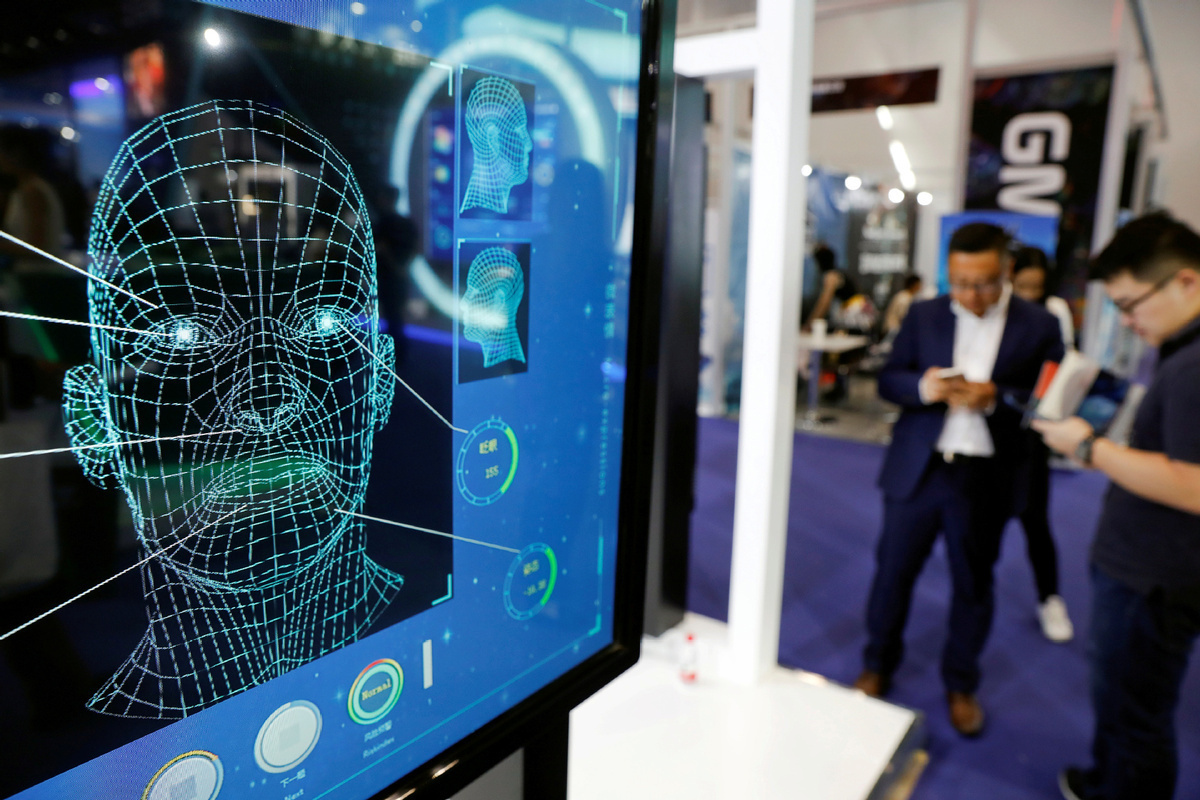 Visitors check their phones behind the screen advertising facial recognition software during Global Mobile Internet Conference at the National Convention in Beijing, on April 27, 2018. (Photo: Agencies)

BEIJING - China's software and information technology (IT) sector maintained its growth momentum in the first five months of the year, official data shows.

The sector's combined software revenue rose 22.6 percent year-on-year to 3.39 trillion yuan ($523.6 billion) in the January-May period. The growth rate fell 2.4 percentage points from its level in the first four months, according to the Ministry of Industry and Information Technology (MIIT).

During the same period, companies in the sector raked in 383.6 billion yuan in total profits, up 18.3 percent year-on-year, MIIT data shows.

Revenue from industrial software products, a vital driving force supporting China's manufacturing upgrade, surged 23.2 percent year-on-year during the period, up 0.9 percentage points from the level in the first four months.