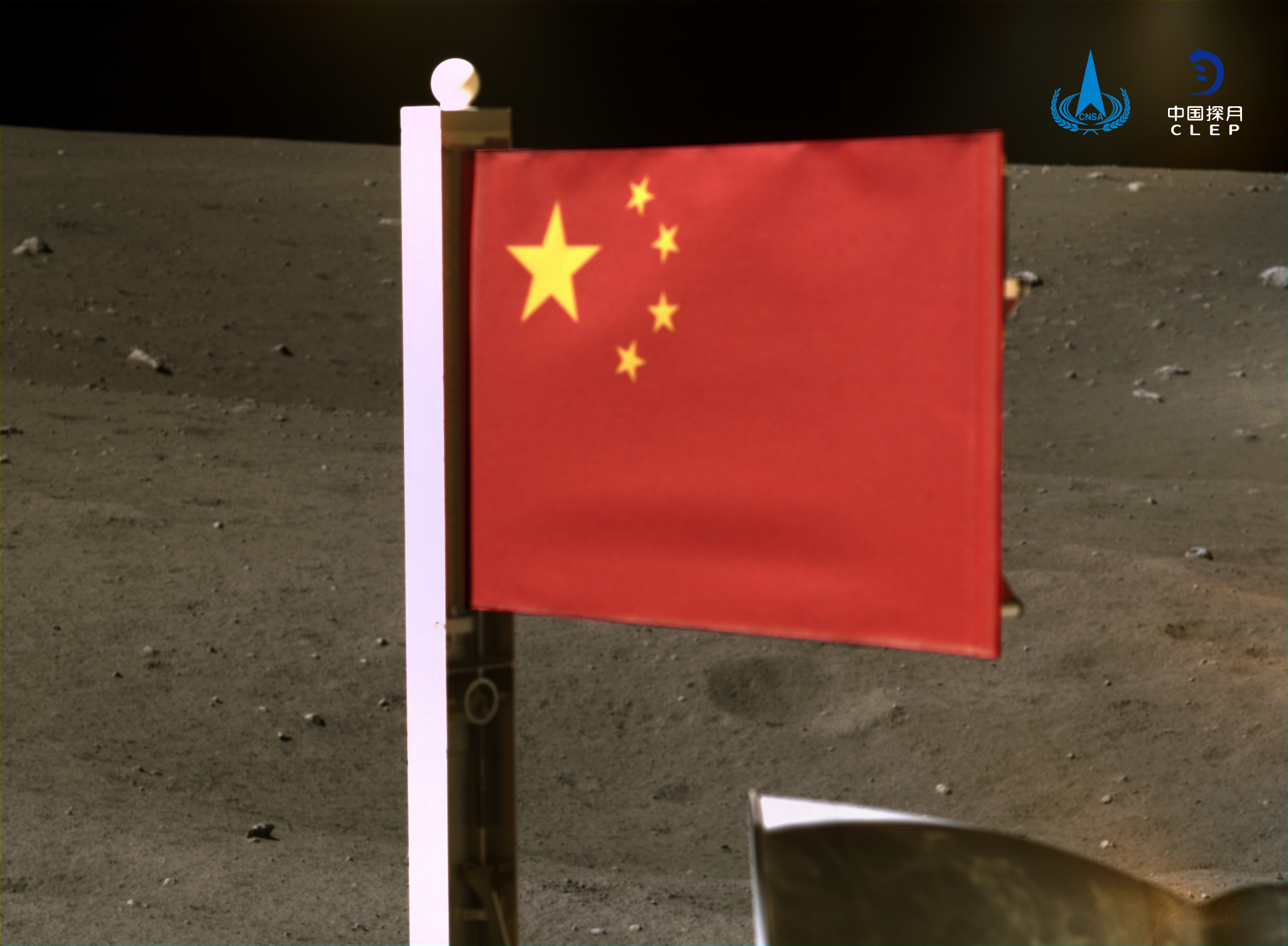 The Chang’e-5 lunar probe unfolded the flag prior to its ascender’s takeoff from the lunar surface late Thursday, the third time a Chinese spacecraft has presented the five-star red flag on the moon, according to China National Space Administration (CNSA). 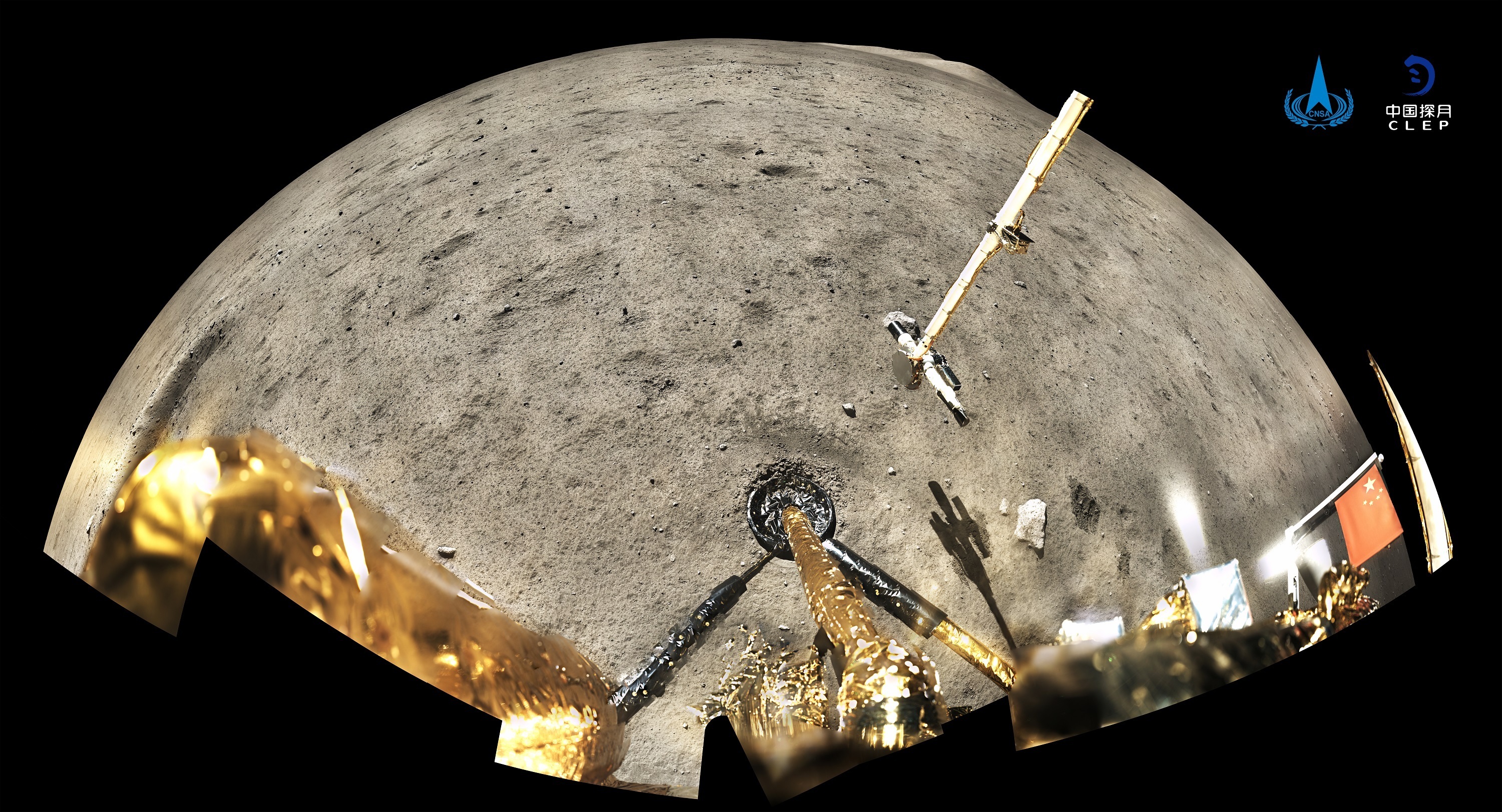 The Chinese national flag made its moon debut in 2013 during the country’s first lunar landing mission of Chang’e-3. The Chang’e-4 lunar mission brought the flag to the far side of the moon in January 2019, after a historic soft-landing.

CNSA said the flag weighs only 12 grams, thanks to special fabrics, and the overall weight of the flag presentation system was controlled at around one kilogram, according to the developer, China Space Sanjiang Group under the State-owned China Aerospace Science and Industry Corporation. 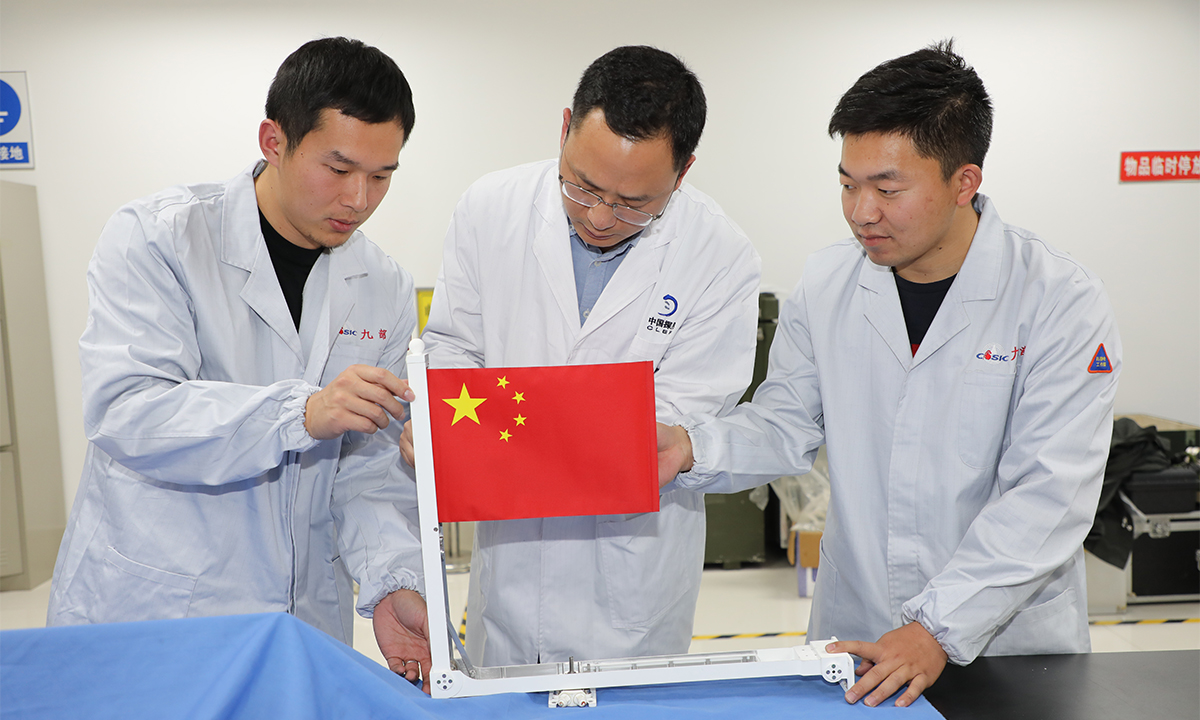 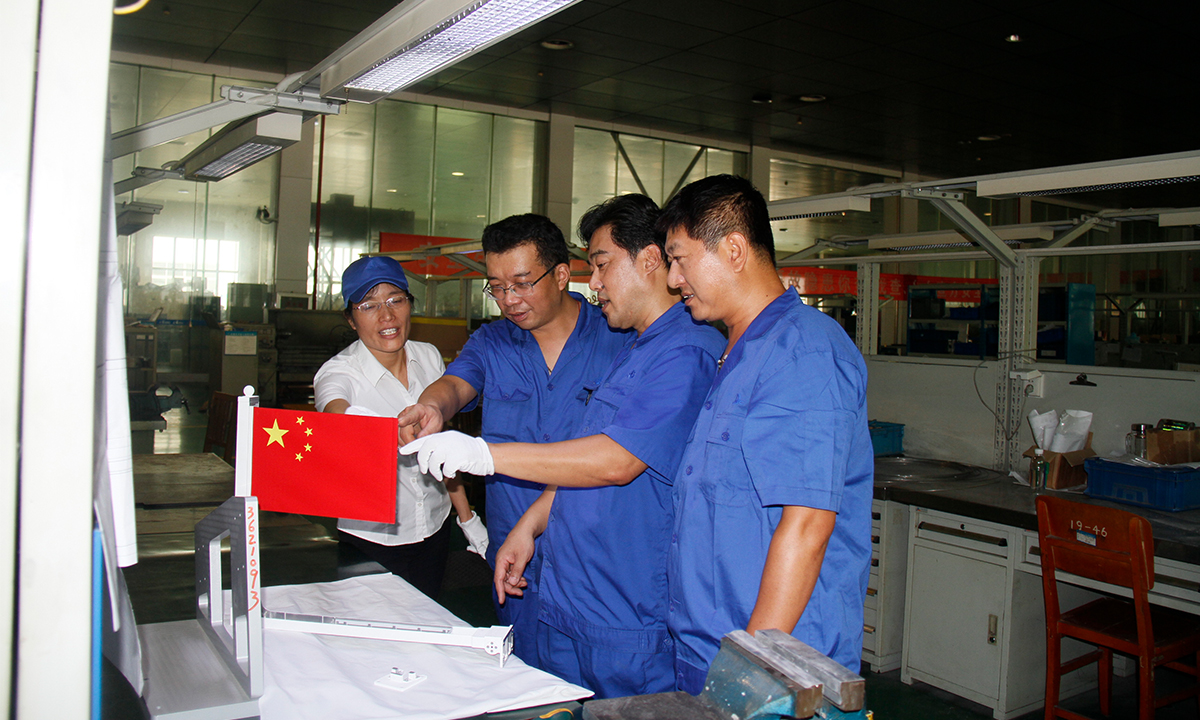