China's tracking vessel Yuanwang-6 departed on Tuesday from its home port in east China's Jiangsu Province for a new round of monitoring missions in the Indian Ocean. 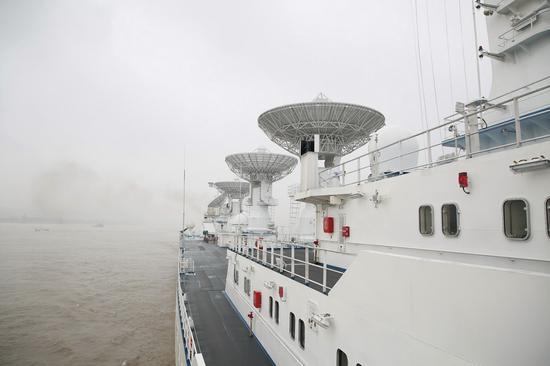 Yuanwang-6 will operate at sea for around 76 days in this round of maritime monitoring missions, covering more than 16,000 nautical miles during its voyage.

Before departure, the ship's personnel completed vessel examination and maintenance, ensuring all systems and facilities aboard Yuanwang-6 were in good working order.

So far this year, it has operated at sea for more than 130 days and conducted six maritime monitoring missions, including China's Shenzhou-12 manned spaceship flight mission.