BEIJING, Sept. 23 (Xinhua) -- Launch of China's Long March-4B rocket from the northwest of the country earlier this week included the use of grid fins to guide and locate fallen debris from the space vehicle more accurately than before. 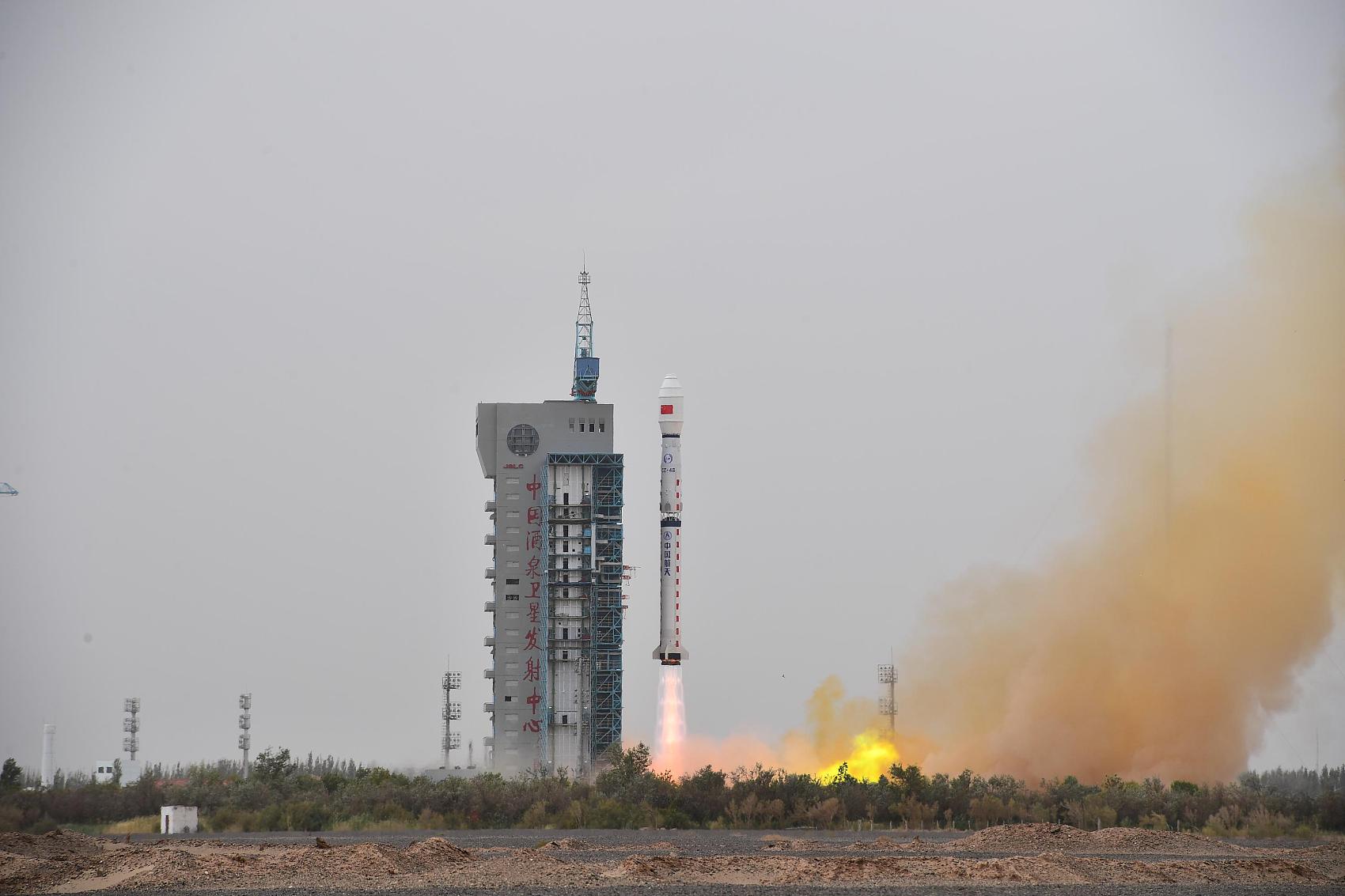 The three-stage liquid-fueled rocket lifted off at 1:40 pm Monday carrying an ocean-monitoring satellite into an orbit inclined 66 degrees.

Drawing more attention was the fact that the first stage of the rocket included a grid fin recovered from a Long March-4B rocket launched in 2019. After ensuring that the structure was complete, scientists repaired its heat-resistant coating to make it reusable, sources with the China Aerospace Science and Technology Corporation said.

Grid fins, like wings, are used for controlling rockets at high speeds.

Small in size, the waffle-like grid fin is the first reusable product on Chinese rockets, and marks an important step toward developing vertical take-off and landing reusable launch vehicles, said the rocket maker in a post-launch statement.

The grid-fin system started working after the first and second stages separated. It guided the first stage back to landing areas and transmitted flight information to ground stations, which will be helpful for subsequent system optimization, application expansion and landing site prediction. According to the company, the grid fin used in Monday's launch narrowed the range of the landing areas by more than 85 percent.

Unlike many countries' launch pads, which are typically located along coastlines, China's major launch sites are deep inland, which means rockets always fly directly over densely populated areas. Therefore, after launches, rocket boosters and other debris fall back to the ground, threatening local communities.

China first tested grid fin control technology on a Long March-2C carrier rocket on July 26, 2019. The first stage of the rocket was controlled to fall in a predetermined area.

The Long March-4B can launch single and multiple satellites with different orbital requirements. It has a carrying capacity of 2.5 tonnes for sun-synchronous orbit.