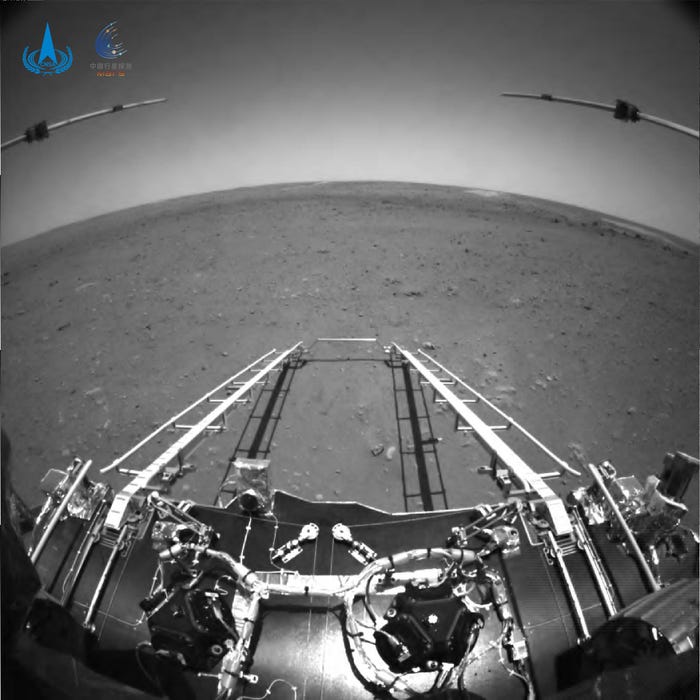 A photo from a camera onboard China's Zhurong rover on Mars, released on May 19, 2021, about 4 days after it landed. (Photos provided to People's Daily)

China’s Mars rover Zhurong has moved out of its lander and driven onto the surface of the red planet, starting its patrolling and scientific exploration tasks, said China’s state space agency on Saturday. 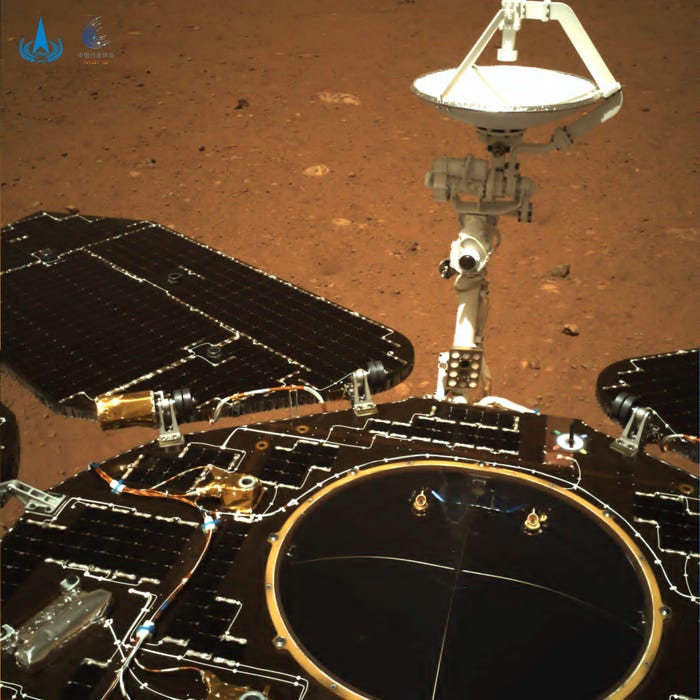 A photo showing the back of China's Zhurong rover from its landing spot on Mars' Utopia Planitia, following a May 15, 2021 landing.

Zhurong, named after an ancient Chinese fire god, is part of China’s first interplanetary mission Tianwen-1. With an orbiter and a lander, the rover was launched from coast of southern China’s Hainan Island on July 23, 2020, with the aim of orbiting, landing on and exploring the Red Planet in one mission.

The Tianwen-1 probe entered the Martian orbit in February and spent about three months surveying the planet.

The lander-rover combination left the orbiter and touched down on Mars last Saturday, leaving a Chinese mark on the planet and for the first time. Four days later, the rover sent back images and data via the orbiter, which serves as a relay station for communications between Zhurong and mission controllers on Earth.