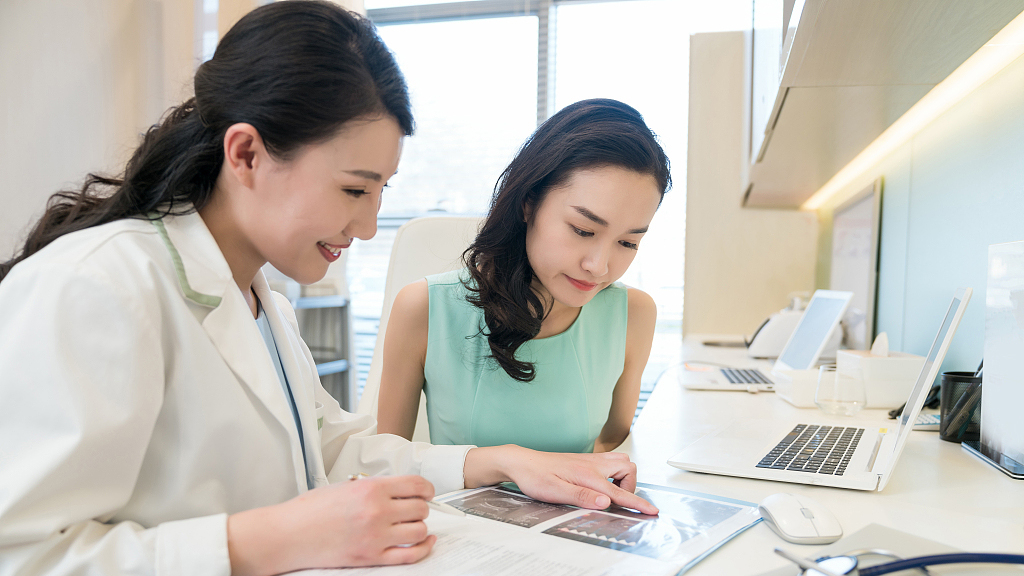 China has made remarkable achievements in boosting health levels of its women and children, said a report released by the National Health Commission (NHC) on Monday.

The average life expectancy of women in China reached 79.4 years in 2016, which is about nine years longer than that in 1990 and above the average of middle- to high-income countries, the report revealed.

Ruan Yan, chief physician at the Beijing Obstetrics & Gynecology Hospital and a witness to these drastic changes in the last two decades, told CGTN that giant leaps in the fields of medical technology and management system have contributed immensely to the improved situation.

"There have been huge advances in medical technology, including a full-scale application of fetal heart rate monitoring, and a detailed check-up and screening system," said Ruan, adding that a growing national network to align medical resources is even more of a life-saver.

"There have been efforts and improvements in management, from the ministries to individual hospitals like ours," Ruan told CGTN. "We have worked on a three-level referral and treatment system that takes at-risk pregnant women to places that offer the best medical treatment as fast as possible."

Expecting mothers told CGTN that in the face of the life-transitioning process of giving birth, they're confident of their safety.

"It doesn't freak me out," Chen Haiyan, who's expecting her second child, told CGTN. "This is my second child, and compared to my first this time I have undergone many more medical tests and check-ups. I am sure any problem will be solved before it gets to me."

Zhang Xiaoshuang, another expecting mother, told CGTN that with systematic check-ups she found out that she had a blood coagulation problem and it was immediately taken care of.

"Thanks to the check-ups, I'm alright and looking forward to the big day next month."

With improved technology and medical care, many women are now choosing to be mothers, Ruan told CGTN, pointing at a growing number of mothers over the age of 35. This age group runs a higher risk of high blood pressure and gestational diabetes during pregnancy.

China plans to further cut maternal mortality rate down by one-thirds by 2030 as part of its national "Healthy China 2030" campaign.

China has also seen a notable drop in newborn, infant and under-five mortality rates along with improvements in children's growth development status.

In 1991, there were over 33 deaths per every 1,000 live births but the figure reduced by 88.2 percent in 27 years. The mortality rates of infants and under-five children showed the same trend with an 87.8-percent and 86.2-percent decrease respectively.

The top five causes of death among under-five children in 2017 were premature delivery or low birth weight, pneumonia, birth asphyxia, congenital heart disease and accidental suffocation, accounting for 55.7 percent of all causes. Since 2000, the number has dropped by 79.1 percent.

Underlined by the UN's Millennium Development Goals, the under-five mortality rate should be reduced by two-thirds between 1990 and 2015, and China realized the goal in 2007, eight years ahead of the targeted time.

The rate of under-five children suffering growth retardation decreased from 33.1 percent in 1990 to 8.1 percent in 2013, with the gap between urban and rural areas shrinking.

Under-five deaths due to birth defects is decreasing and the incidences of major birth defects are declining as well, according to the NHC.

Since the 1990s, China has set ambitious goals in improving the health of women and children every 10 years. The reports on the quality of health services for women and children are listed in government's evaluation every year. Expecting mothers can undergo free medical examination for infectious diseases like HIV/AIDS, syphilis and hepatitis B. In-home health services are also available for nursing mothers without any charges. Children can avail free health check-ups until age six, and free vaccines for 15 diseases.

"In the last 70 years, we've made tremendous strides, fully protected the survival, health and development rights of women and children. The World Health Organization announced China has eliminated tetanus in newborns, which indicates that our service quality and accessibility has reached a new level. We are aiming for development rather than survival now," said Qin Geng, director of the Women and Children Health Department under the NHC.

"Children get inoculated at local medical facilities. The vaccination plan has formed stable protection for children. We used to be a nation with serious hepatitis B rates, now those rates for children under age five are down to below one percent, that's a very big change," Qin said.