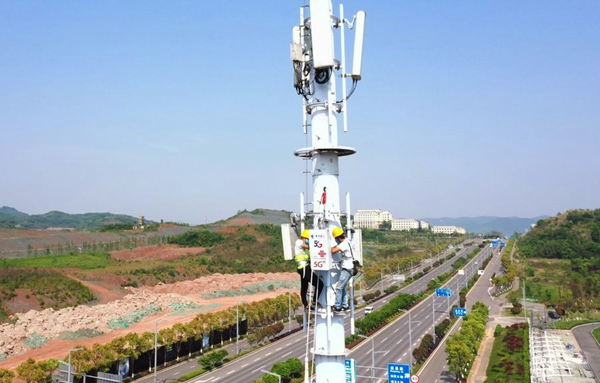 BEIJING, May 4 (Xinhua) -- A transition from 4G to 5G in China's mobile market gained momentum as 5G phone models accounted for the bulk of the newly launched in the first quarter, said an industry report.

A total of 106 new models of mobile phones were released across the country in the first three month, including 57 new 5G handsets, according to the data from the China Academy of Information and Communications Technology (CAICT).

These new 5G models accounted for 53.77 percent, edging up 14.7 percentage points from the fourth quarter last year, said CAICT, a research institute under the Ministry of Industry and Information Technology.

Meanwhile, the number of new 4G phone models hit the skids to stand at 37, accounting for 34.91 percent, down 8.1 percentage points from the previous quarter.