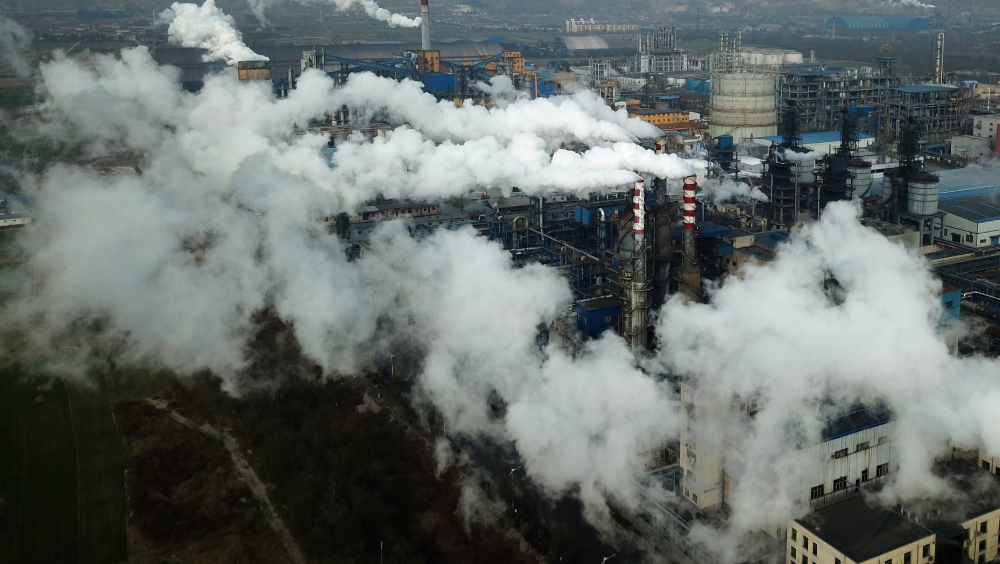 China's war against air pollution is entering its next phase, with Beijing and Shanghai showing marked improvements in air quality this winter.

The two cities are on track to meet their target of cutting PM2.5 levels – tiny particles that can penetrate the lungs and enter the bloodstream – by four percent and two percent respectively from October 2019 to March 2020, said the Center for Research on Energy and Clean Air (CREA).

But a new "battleground" on nitrogen dioxide (NO2) and ozone is emerging in the country's fight against air pollution. From 2015 to 2019, concentrations of NO2 decreased only nine percent, while summertime ground ozone level increased 11 percent nationwide.

"Addressing regional disparities in progress and targeting improvements in NO2 and ozone should be focus areas for the next round of air pollution policies in the coming five-year plan period," suggested Lauri Myllyvirta, lead analyst for CREA.

The dominant sources of both NO2 and ozone are combustion of coal, oil and gas in power plants and industry, and the transportation sector. NO2 harms lung linings and leads to stroke and heart diseases. Ozone also causes severe bronchitis, with some studies saying it may be carcinogenic.

Controlling ozone level is likely to be a tough task. Much of the PM2.5 and sulphur dioxide (SO2) emissions were reduced with the help of filters installed in coal-fired power plants and steel and cement industries.

"As coal and oil consumption have increased in the past two years, progress on air quality has relied entirely on better filters, and moving industrial production away from priority areas," said Myllyvirta, adding that "continued improvements require accelerating the clean energy transition."

But "these pollutants [NO2 and ozone] are harder to control with filters," the report said.

China is on schedule in its war on air pollution, which aims to reduce PM2.5 concentration by 18 percent from 2015 levels this year, while cutting SO2 and NO2 by more than 15 percent.

In Beijing alone, there were 240 good or moderate air quality days in 2019, according to the city's Municipal Ecology and Environment Bureau, a 36-percent increase from 2013. The city saw only four days of severe air pollution last year.

The capital's triumph against air pollution stands in stark contrast to other major cities in Asia like New Delhi, Bangkok and Jakarta, which are still choking on poisonous smog for most parts of the year, with engine combustion and power plants contributing to the bulk of pollution.

This was due largely to the Chinese government's push in 2017 and 2018 to curtail metal production, reduce coal burning in factories and households, and replace coal with natural gas and electricity.

Despite progress in the "26+2" region, air pollution has rebounded in the first three months of winter, with the largest increases taking place in the south, in Guangdong and surrounding provinces, and in the northeast, which also saw sharp increases in industrial output and coal-fired power generation.

As Beijing remains the poster child for China's war against air pollution, researchers are asking a key question: Will these policies pave the way for similar measures in the rest of the country, or will this pressure for better air quality be alleviated simply by relocating polluting industries elsewhere?