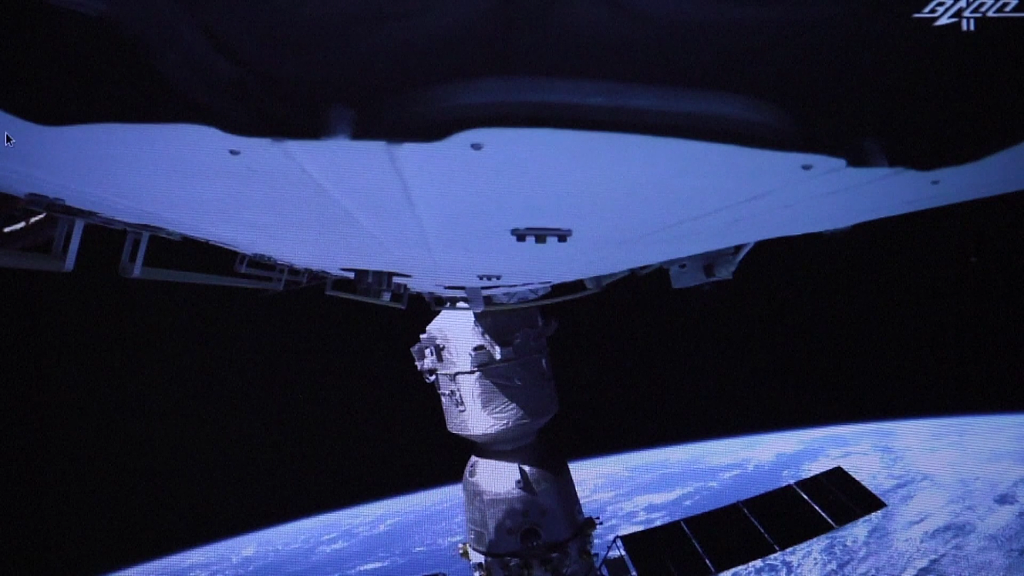 The Shenzhou-13 spaceship with its three Chinese astronauts docked with the country's space station on October 16.

Unlike previous space missions, Shenzhou-13 docked at the bottom of the space station's Tianhe core module from a radial direction, the first time for a Chinese manned spacecraft.

Docking from a radial direction was a lot more difficult than the front and rear docking with the core module as the Shenzhou-12, Tianzhou-2 and -3 missions had exercised.

"For front and rear dockings, there is a 200-meter holding point for the craft, enabling them to maintain a stable attitude in orbit even when engines are not working. However, radial rendezvous does not have such a midway stopping point, and it requires continuous attitude and orbit control," according to the China Academy of Space Technology (CAST).

It added that during the radial rendezvous, the spacecraft needs to turn from level flight to vertical flight with a wide range of attitude maneuvers, posing tough challenges for the "eyes" of the craft to see the target in time and ensure that the "eyes" will not be disturbed by complex lighting changes.

The "eyes" refers to the microwave radar on the Shenzhou-13 spacecraft that ensures the accuracy of rendezvous and docking.

The success of this new docking method would be another sign of China's spacecraft docking capabilities, experts noted.