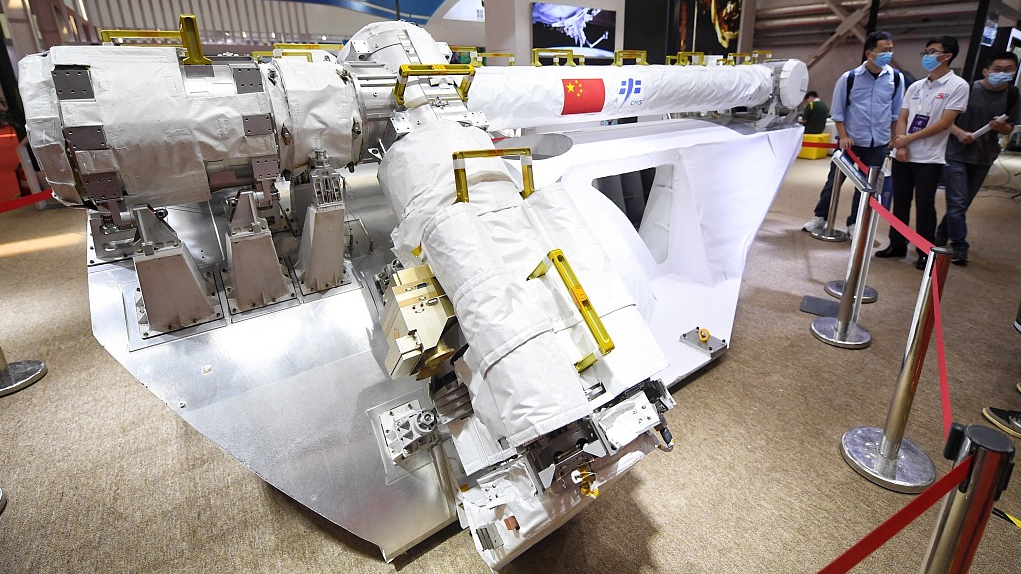 Robotic arms for the space station on display at a conference in Beijing, China on September 10, 2021. (Photo: CFP)

China has been able to supply all the key components for the China Space Station (CSS) on its own as the country is advancing its independent R&D capability, according to a press conference on Friday.

Bo Linhou, deputy chief designer of the China Space Station, said the team has worked hard to develop and manufacture China's own key components, which also helped push forward country's development in related industries. "It takes several weeks or months for our researchers working together to tackle single key technology. It is tough, but nobody complains as we shared the same goal."

Representatives from astronaut to space station designer of China's space project have shared the untold stories of their own.

"We are facing a more challenging task as the space station is under construction," said Sun Jun, chief engineer of CSS at the Beijing Aerospace Control Center.

The space station will be made of five modules and there will be a telescope to dock with it. Six astronauts can live in the station where the synergy of two robotic arms on the exterior of the station will add more spice to this bustling, intricate but precise contraption.

"It is unprecedented in terms of complexity, diversity and specialty compared to all the other space missions," said Sun.

He said four to five transportation missions from Earth to the space station each year will be a norm from now on as the space station is in operation. "Crucial steps such as launch, docking, returning and flying around will be frequent which can be a huge challenge for us," Sun said. He also mentioned 24-hour monitoring on the space station and collaborations between the ground and space station are also challenging.

"Facing such challenges, we made massive amount of technology innovation to increase work efficiency and automation and set up standardized procedure for serial missions," according to Sun.

Dong Nengli, a bureau chief of China Manned Space, said the buildup of China Space Station is the most significant move of country's "three steps" of manned space project. "We are aiming for a higher goal – deep space exploration. We are testifying the key technology for preparing man landing on the moon."

"We believe we'll achieve the goal," he said.