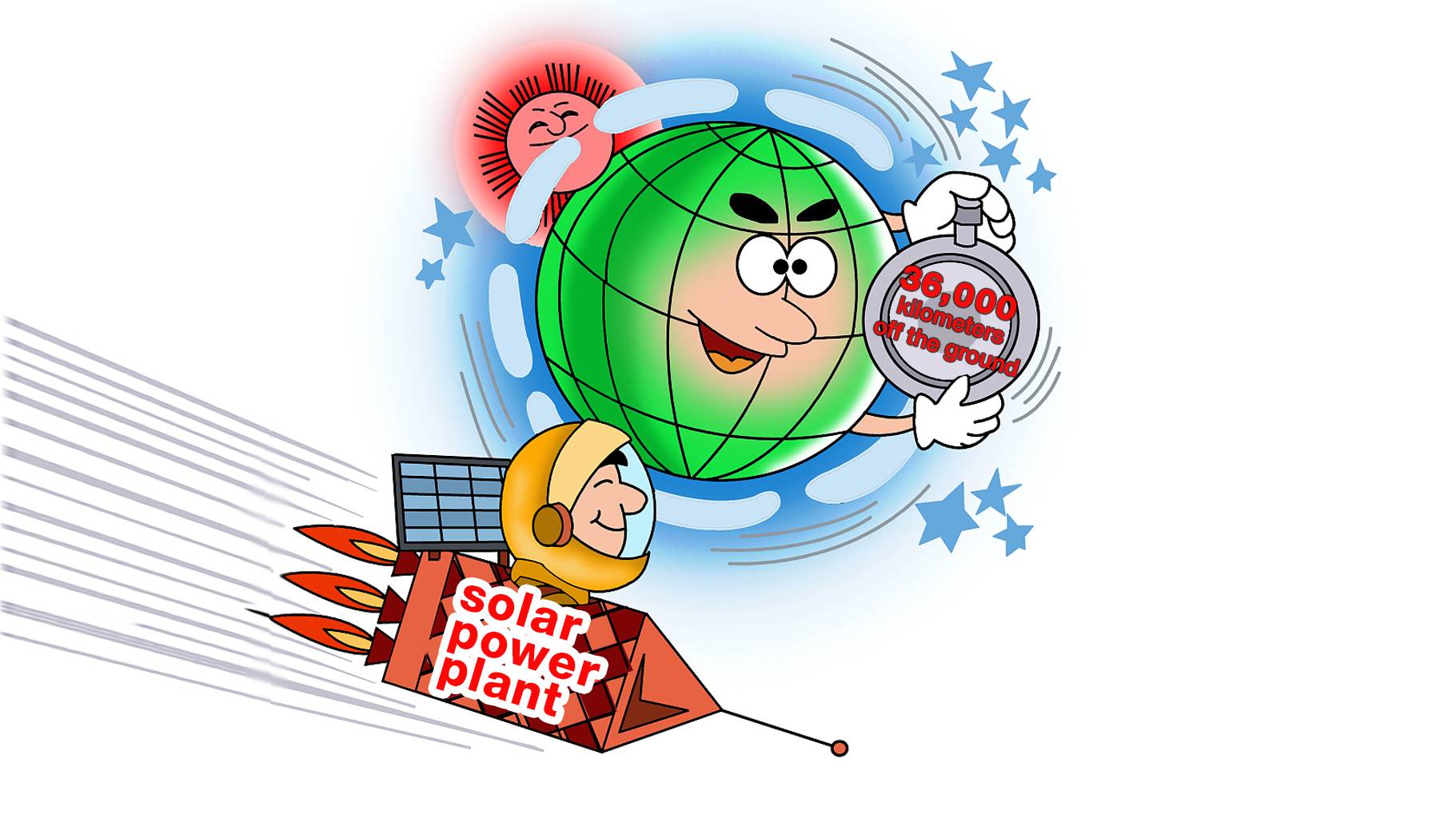 According to China's Science and Technology Daily, construction of the first experimental space power plant began in Chongqing, southwest China, weeks ago.

Li Ming, senior vice president of the China Academy of Space Technology, said China is expected to become the first country to build such a plant with practical value.

What does a space-based solar power plant look like?

Using solar power to generate electricity is not a new thing; the energy generation method got its reputation among people because of its clean and green merits.

Even in space, we have seen its presence which is being applied on some artificial earth satellites, manned spacecraft, and space probes. The "space celebrity' Chang'e-4 lunar probe is also equipped with solar panels to keep working during the lunar night.

But what scientists want now is to build a solar power plant, a station that can offer a steady flow of electricity benefiting hundreds of millions of families on earth when available.

The plant will orbit the earth at 36,000 kilometers, tapping the energy of the sun's rays without interference from the atmosphere, or seasonal and night-time loss of sunlight, experts explained.

Pang Zhihao, a researcher at China Academy of Space Technology Corporation, told the media that a solar power station in space holds the promise of providing "an inexhaustible source of clean energy for humans."

What challenges lie ahead

So far, China, the U.S. and Japan have proposed projects to develop their solar power stations but all relevant experiments stand at a basic level.

Bao Weimin, a member of the Chinese Academy of Sciences, outlined three questions that needed to answered before further progress.

• How to send the mammoth electricity generator to the geosynchronous orbit via the carrier rocket, and then complete automatic assembly?

• How to transmit power from space to the underground?

• How to maintain a safe operation and a clean space environment?

China's answers to these challenges include 3D-printing technology, as well as wireless power transmission. By printing the materials robots can take over the assembling task, which allows scientists to skip the procedure of launching the 100-tone structure into space.

Facing tough challenges ahead, the officials announced future plans to make continuous breakthroughs, from launching small-to-medium-sized solar power stations into the stratosphere to generate electricity between 2021 and 2025 to a megawatt-level space solar power station in 2030.

Scientists in other countries are also working on similar projects to push the huge revolution in the energy sector worldwide.