BEIJING, July 22 (Xinhua) -- China has successfully tested technology that can control the landing sites of falling rocket fairings, according to the China Academy of Launch Vehicle Technology (CALVT). 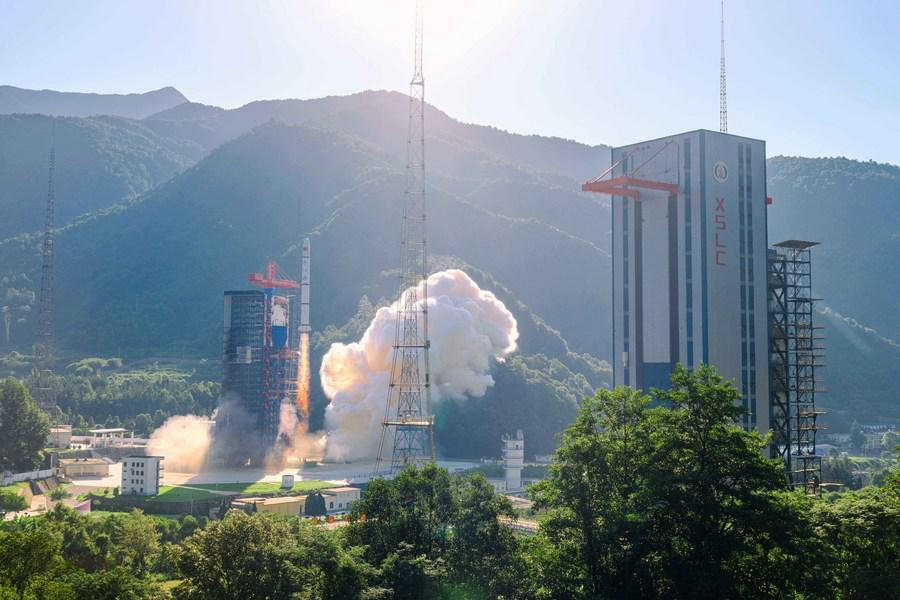 CALVT said the test was carried out following a Long March-2C rocket launch on Monday morning.

The test solved the problem of the structural disintegration of fairings during reentry. It was the first time China landed a fairing using a parachute, laying a solid foundation for future accurately controlled landings of rocket fairings, CALVT said.

The Long March-2C carrier rocket, developed by CALVT, measures 43 meters in length and has a takeoff mass of 242 tonnes. Its fairing was a material part of the rocket's nose cone that protected the payload.

The technology tested in the fairing was a parachute-control electrical and parachute system to monitor the status of the reentry flight in real-time.

With the new technology, when a fairing falls to a certain height and meets the conditions suitable for parachute deployment, the parachute opens to decelerate the fairing.

At a certain height of descent, a fairing will discard its drag chute, open its parafoil, and initiate deceleration a second time. During its slowdown, it will land in a safe area in a controlled manner.

CALVT said the technology was able to reduce the fairing's original projected landing area by more than 80 percent, which significantly improved safety and reduced evacuation pressure in the area.