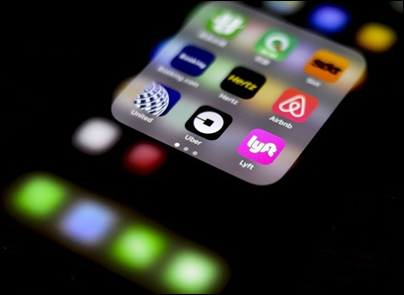 China's Ministry of Industry and Information Technology (MIIT) on Thursday released the first list of apps that are found to have violated users' rights amid the country's efforts to strengthen digital privacy protection and ensure cybersecurity, experts said.

The list of 41 apps includes Tencent's QQ, Xiaomi's financial platform Xiaomi Finance and Sina Sports, and they are required to make revisions by December 31 as they were found to have such problems as illegally using and collecting users' data, creating difficulties for deleting accounts and asking for users' permission in areas that are not necessary to their business.

If the companies do not complete rectification by the deadline, relevant parties will penalize them accordingly, MIIT said.

The list is part of the special campaign MIIT launched to regulate the industry in phases so as to better protect users' personal information. During the first stage of the campaign of self-examination, more than 8,000 apps were rectified.

During the second step of monitoring, MIIT worked with third-party inspection agencies to examine major app stores. More than 100 enterprises were found to be violating users' rights, and they were ordered to make changes during the process.

The ongoing campaign showed that the Chinese government has been systematically and insistently improving internet management by rolling out laws to standardize the business operation of internet companies, Liu Dingding, a Beijing-based technology expert, told the Global Times on Thursday.

In 2016, China passed the Cybersecurity Law.

In 2019, China launched a platform that allows users to report apps that illegally collect and use personal data. The platform had received 8,000 reports as of September, according to the Cyberspace Administration of China.

"The government has shifted its development pattern from 'developing fast' to 'developing in high quality'," Liu said.

It is estimated that there were more than 200 app stores and 5 million mobile apps available in China as of the first half of 2019, according to the National Computer Network Emergency Response Technical Team/Coordination Center of China (CNCERT).

However, more than 30 percent of major apps have applied for extra functions they don't need for their business such as making phone calls. Also, it is estimated that an average of 20 pieces of personal information and device information is collected by each app, according to CNCERT monitoring data.