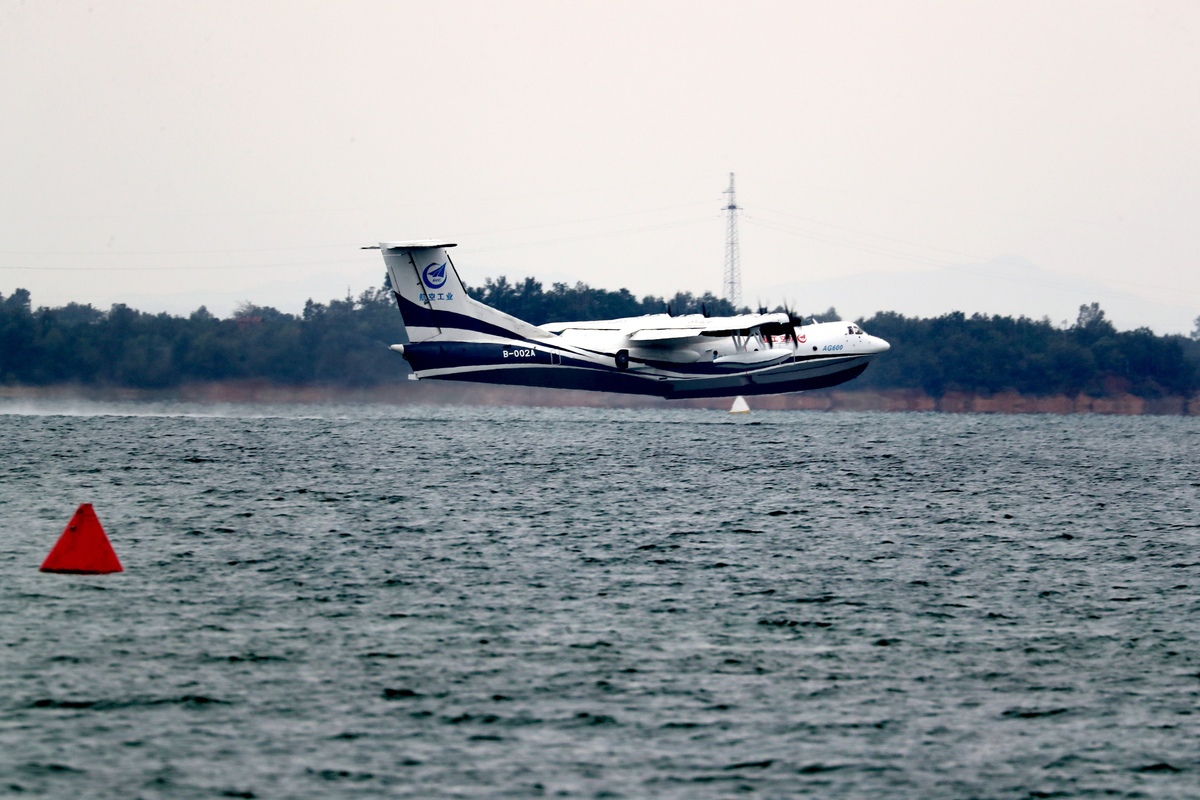 In 2019, AVIC will focus on three major aspects to push forward the AG600 project - the flight test of No.001 aircraft, the aircraft design optimization, and parts fabrication, said AVIC.

The flight test of the No.001 AG600 aircraft will be conducted to test the model's characteristics of stalling, hydrodynamic and flight envelope extension.

Codenamed "Kunlong," the AG600 is designed to be the world's largest amphibious aircraft. This large-scale special-purpose civil aircraft is developed to assist with fighting forest fires and water rescues.

The AG600 conducted its maiden flight in December 2017 and completed its first water takeoff and landing in October 2018.

It can carry out sea rescue operations under complex meteorological conditions and can withstand two-meter-high waves. It is capable of carrying 50 people during a maritime search and rescue mission. It also provides support for China's marine monitoring and safety patrol.

In the following design optimization of the AG600, the designing team will optimize the structure and systems to tap the potential of the large aircraft platform, according to AVIC.

Meanwhile, they will improve designs of the aircraft's maximum take-off weight, installing pressure cabins, as well as improving the systems of firefighting and emergency rescue.

AVIC will facilitate the AG600 project schedule to receive an airworthiness review and obtain the certificate, which are crucial steps for the model to start playing roles in emergency rescue and natural disaster prevention.