BEIJING, July 5 (Xinhua) -- China's first drone-carried meteorological data monitor has undergone a loading test and will be used to detect typhoons in the next two months, according to its developer. 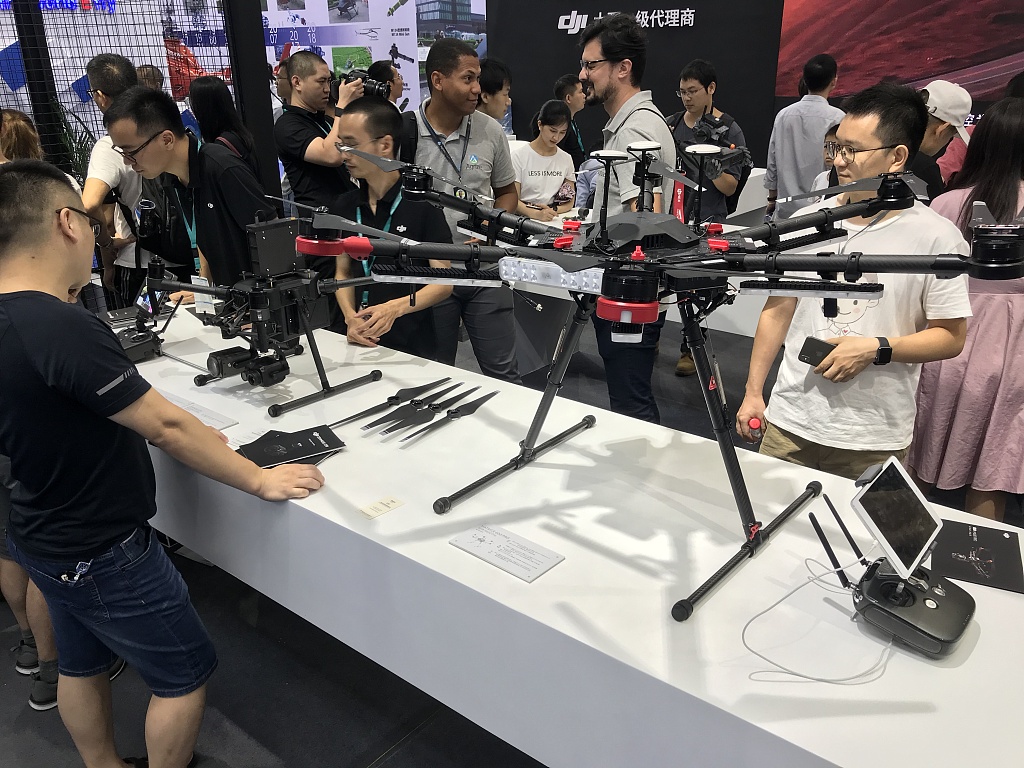 The unmanned aircraft vehicle carrying a dropsonde took off in east China's Anhui Province and dropped it at high altitudes to gather meteorological data, such as temperature, humidity and wind direction, and transmitted them to ground receiving devices in south China's Guangxi Zhuang Autonomous Region.

The test was run earlier this month by the meteorological Sounding Center of China Meteorological Administration.

The system has been tested for the first time in May 2018.

Developed by the Second Institute of the China Aerospace Science and Industry Corporation Limited (CASIC), the dropsonde has a small and light payload with high accuracy. Once equipped with a power cord and data wire, the dropsonde can be hung from any part of a drone's wing, belly or cabin and work stably and reliably between 70 degrees Celsius and minus 90 degrees Celsius.

According to the CASIC, it has better performance than weather balloons and can be applied in much wider fields than rocketsonde.

The drone-carried dropsonde will be widely used in the fields of meteorological emergency, disaster and ecological monitoring and radiography. The system will offer a new, easy and low-cost option for current artificial meteorological observation.