JIUQUAN, June 16 (Xinhua) - China plans to carry out more extensive and in-depth international cooperation on its space station, making it a space lab for the benefit of all mankind, according to the China Manned Space Agency (CMSA) on Wednesday. 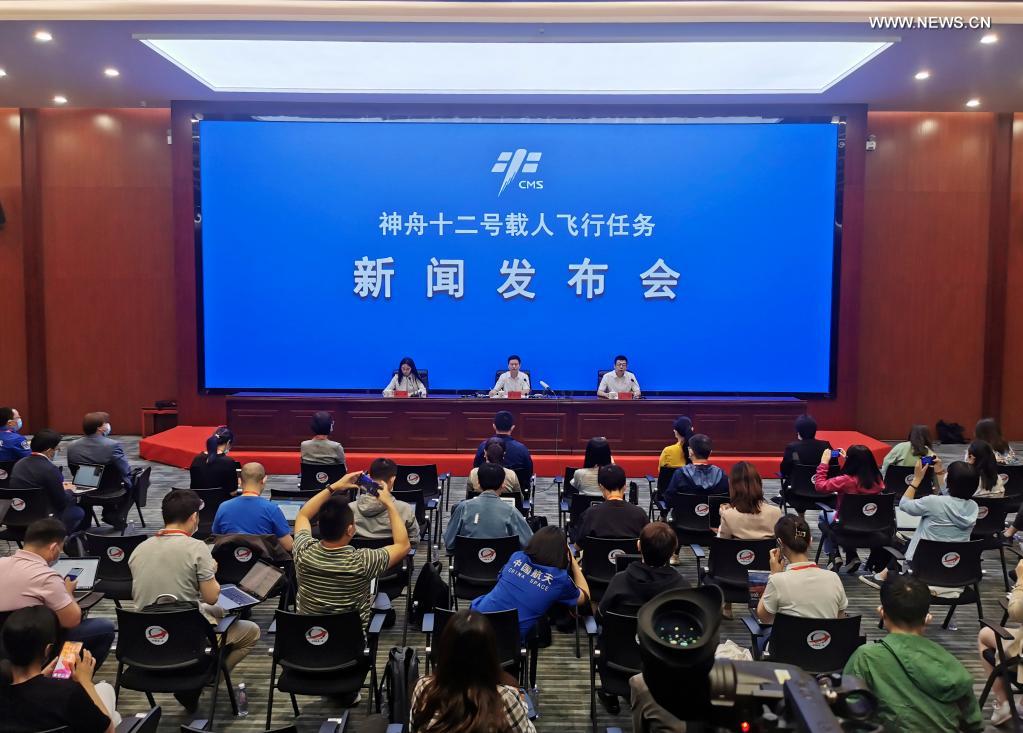 A press conference on the Shenzhou-12 manned spaceflight mission is held at the Jiuquan Satellite Launch Center in northwest China on June 16, 2021. (Photo: Xinhua)

China plans to deepen cooperation concerning the function expansion of the space station, space science and applications, joint flight of Chinese and foreign astronauts, and transformation of technological achievements, said Ji Qiming, assistant to the CMSA director, at a press conference.

The scientific experiment cabinets aboard China's space station have been equipped with standard ports for diversified payloads to carry out international research, said Ji.

In March 2016, the CMSA and the United Nations Office for Outer Space Affairs (UNOOSA) signed a memorandum of understanding to invite UN member states to conduct scientific experiments aboard China's space station. In May 2018, 27 countries brought forward 42 cooperation proposals after the two agencies sent out the invitation.

China has been cooperating with France, Italy and Pakistan on space experiments in fields like basic physics, space medicine and space astronomy.

Ji noted that China and Russia have maintained sound and productive cooperation in the crewed spaceflight field. Both sides are maintaining exchanges in low-Earth orbit space station and crewed deep space exploration, and more cooperation is expected.

He added that China and Russia will have more joint experimental projects to make due contributions to the exploration of outer space for mankind.

As for the joint flight of Chinese and foreign astronauts, many countries and regions have expressed the willingness to cooperate with China, said Ji.

"We welcome cooperation in this regard in general," he said, "It is believed that, in the near future, after the completion of the Chinese space station, we will see Chinese and foreign astronauts fly and work together."