China will launch some 100 satellites into space before 2025, adding to the more than 200 that are already in orbit, said a Chinese official on Tuesday. 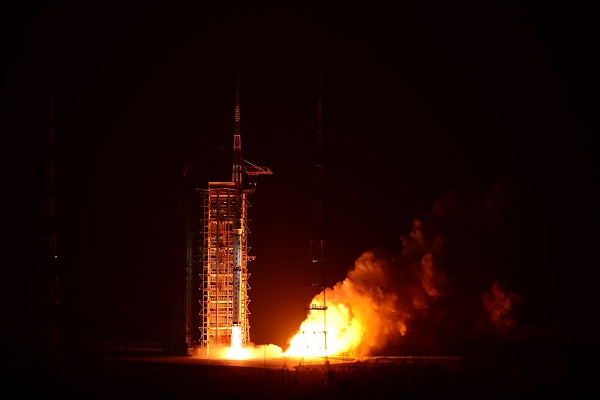 The announcement was made by Yu Qi, an official at the China National Space Administration, at a conference held in Beijing, news portal chinanews.com reported on Tuesday.Developing the space economy has become a trend in space development around the world, said Yu, noting that China had developed the fundamental and proper environment to accelerate the space economy with breakthroughs in space technologies.Rockets from China's Long March series have been launched 307 times, sending more than 400 spacecraft into space.China broke a record in 2018 by conducting 39 launch missions, ranking the first in the world and accounting for one third of all launches worldwide, the report said.China has also successfully launched the Chang'e-4 lunar probe with the joint participation of many other countries and organizations last year. "This shows China's space technologies are becoming mature, and its application is also expanding, contributing to the development of the national economy," Yu said.Another achievement is the high resolution earth observation system, or Gaofen satellites project that was initiated in 2010, Yu noted.Gaofen satellites have been widely used by more than 20 industries in 30 provinces and regions, playing important roles in environment protection, forestry, agriculture and mapping, chinanews.com reported.By the end of this year, the Gaofen-7 satellite will be launched, marking the completion of the Gaofen system. The focus will then shift to the practical use of the system, Yu said.