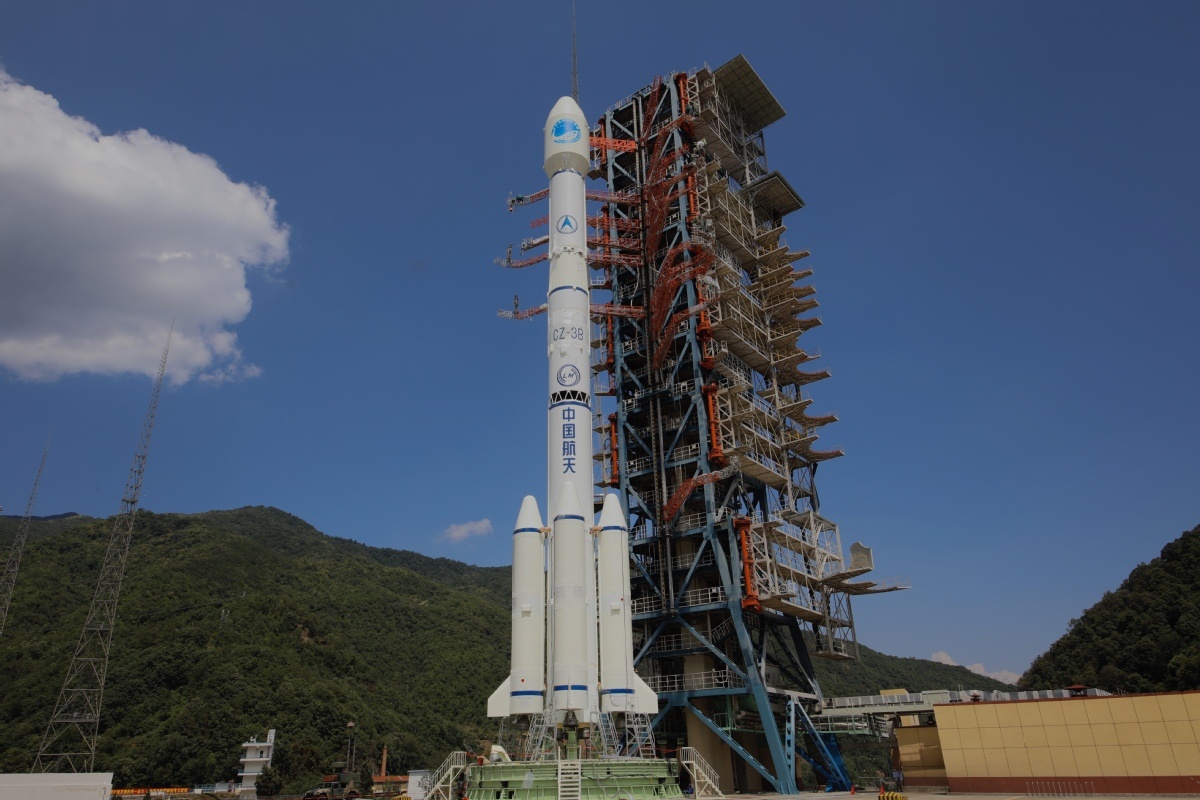 The Long March 3B carrier rocket is on the launch pad at the Xichang Satellite Launch Center in Southwest China's Sichuan province. [Photo/China Academy of Launch Vehicle Technology]

XICHANG, June 15 (Xinhua) -- China plans to launch the last satellite of the BeiDou Navigation Satellite System (BDS) on Tuesday to complete the construction of the global constellation.

The launch window is set between 10:11 a.m. and 10:50 a.m. (Beijing Time), according to the China Satellite Navigation Office.