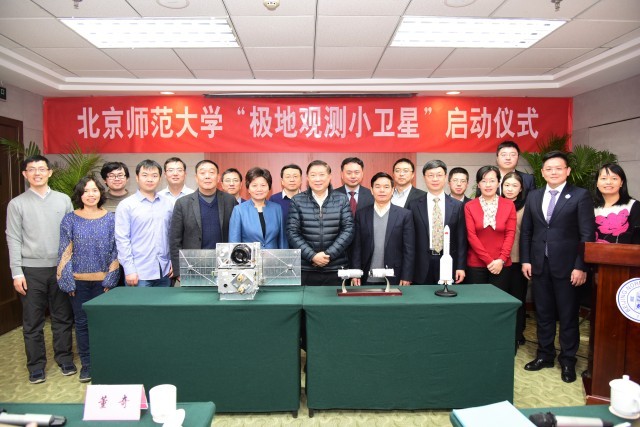 BEIJING -- China will send a remote sensing satellite into orbit for polar climate and environment observation in September, according to its developers.

The satellite called "Ice Pathfinder" (Code: BNU-1), which weighs only 10 kg, is equipped with high-resolution cameras that can achieve full coverage of the Antarctic and Arctic in five days and strengthen monitoring of sea ice drifts and ice-shelf calving.

In addition, it has an automatic identification system for vessels to navigate through parts or the entirety of the polar regions.

The polar-observing microsat was initiated by scientists from the Beijing Normal University and developed by Shenzhen Aerospace Dongfanghong Development Ltd. It will be operated by Chinese University Corporation for Polar Research.

With a design life of one year, it will improve China's polar remote sensing capability. Its data will also be used to study global climate changes and develop Arctic shipping routes, according to Cheng Xiao, lead scientist of the project.

In the past, Chinese scientists conducted polar studies mainly based on data collected by vessels and research stations. The use of remote sensing satellite technology will enable them to monitor and obtain imagery and data of the difficult-to-access areas.

"The satellite will make up for China's lack of polar observation data and reduce its dependence on other countries for the technology," said Cheng.

These satellites will also monitor the middle or lower latitude areas, playing a key role in the research of the Qinghai-Tibet Plateau, or the Third Pole region in the future.