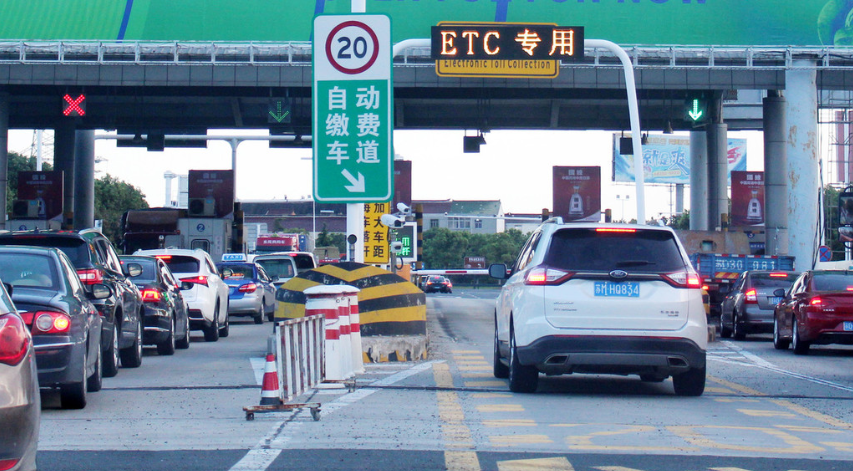 More than 90 percent of vehicles on expressways in China should be able to use the electronic toll collection (ETC) system by year-end, according to the National Development and Reform Commission and the Ministry of Transport.

The move is part of an effort to reach the goal of essentially removing all tollgates in two years, as laid out in the Government Work Report in March. The brick-and-mortar tollgates will finally be replaced with the virtual ETC system, partly to reduce emissions and logistics costs.

In an action plan released on Tuesday, the commission and ministry outlined a timetable for establishing the ETC system, which allows drivers to pass electronic tollgates on expressways without stopping.

With all expressway lanes capable of offering ETC service by October, an increase in the number of China's ETC users will make the 90 percent passage via ETC a reality by year-end, the action plan said.

Starting from July 1, 2019, the country will strictly implement the policy of granting a discount of no less than 5 percent off expressway tolls for ETC users. By the end of the year, the number of ETC users is expected to top 180 million, the action plan said.

The plan calls for increased investment in building the ETC infrastructure to increase the proportion of ETC lanes, which should be no less than 70 percent by the end of October for big and medium-sized cities, new towns and sites near scenic spots.

Given that some vehicles may not have installed ETC devices by year-end, expressways will still offer some manned lanes, accepting mobile payment.

By year-end, ETC lanes will become the mainstream, which will allow nonstop passage of freight vehicles in addition to passenger vehicles.

The action plan aims for establishing an electronic toll system for China's expressways by 2025.

The move to dismantle the real tollgates will help resolve traffic jams on provincial borders, said Dai Dongchang, vice-minister of transport in a policy briefing in May.

The ministry has piloted dismantling 15 concrete tollgates on provincial borders in three provinces -- Jiangsu, Shandong and Sichuan – as well as the municipality of Chongqing. Time to pass was greatly reduced from 15 seconds to two seconds for passenger vehicles and from 29 seconds to three seconds for freight vehicles.