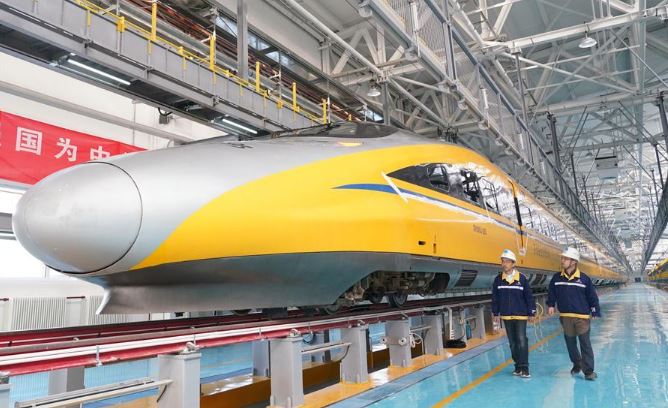 Beijing-Shanghai High-Speed Railway (BSHSR), to be listed on China's A-share market at the Shanghai Stock Exchange, will offer no more than 7.557 billion stocks and raise funds of 50 billion yuan (about 7.13 billion U.S. dollars).

Established in 2007, the BSHSR has been one of China's most profitable rail lines, turning a profit for five years in a row since 2014. Its net profit hit about 10.25 billion yuan in 2018, according to its prospectus.

The IPO will benefit the diversification of ownership, promote the optimization of capital structure and enhance the high-quality development of the railway sector, said an official with the China State Railway Group Co., Ltd.

With a total length of 1,318 km and linking the capital with the eastern coastal economic hub of Shanghai, the Beijing-Shanghai high-speed railway has operated 1.1 billion passenger trips since starting operation in June 2011.