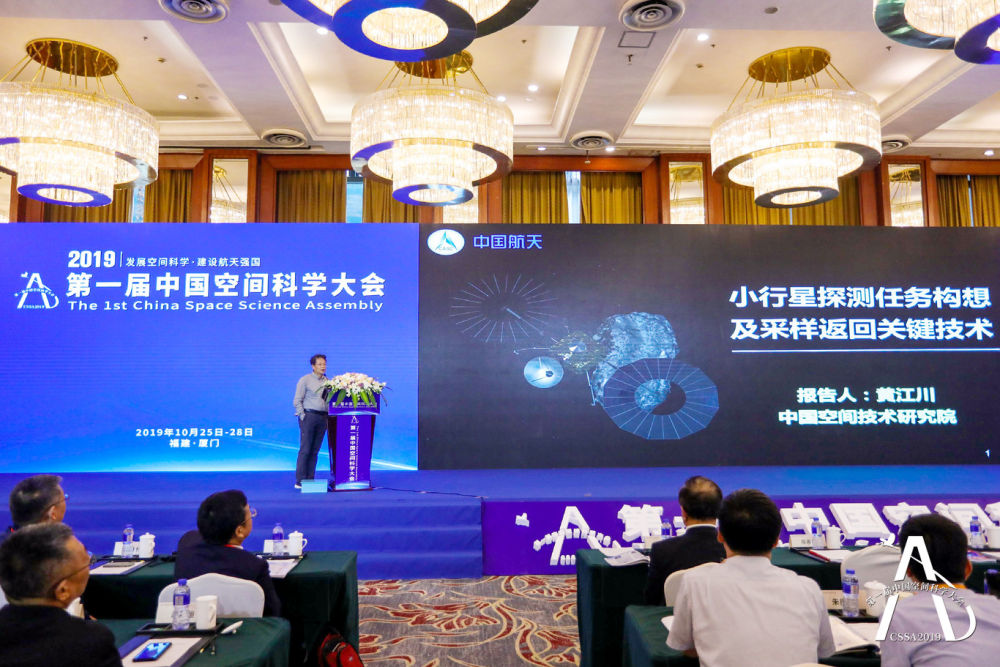 XIAMEN, Nov. 6 (Xinhua) -- Chinese space engineers are tackling the key technologies needed to explore a near-Earth asteroid and a main-belt comet with one space probe.

The proposed mission is to send a probe around an asteroid named 2016HO3 and then land on it to collect samples, Huang Jiangchuan, a researcher from the China Academy of Space Technology, recently told the first China Space Science Assembly in Xiamen, east China's Fujian Province.

The probe will then fly back to the proximity of Earth, and release a capsule to return the samples. After that, the probe will continue its journey. With the assistance of the gravity of Earth and Mars, it will finally arrive at the main asteroid belt and orbit comet 133P, Huang said.

Asteroid 2016HO3 has a very close relationship with Earth and is known as a "mini moon" or a quasi satellite. It has a diameter of about 40 to 100 meters and a density of about 2.7 grams per cubic centimeter, said Huang.

"Where is it from? What's its relationship with the Earth and Moon? Those are questions we want to know," he said.

The second target, comet 133P, is the first comet found within the main asteroid belt that displays characteristics of both an asteroid and a comet.

Main-belt comets are apparently icy bodies recently discovered within the main asteroid belt between Mars and Jupiter, and have shown comet-like activity during part of their orbit, scientists say.

The largest diameter of the cometary nucleus of 133P is about 5.4 kilometers, and its density is about 1.4 grams per cubic centimeter, Huang said.

"Probing small celestial bodies is a new frontier of space exploration, but with a high threshold. The main difficulties are the micro-gravity, uncertainties and the unknown environment of the small bodies. It's hard to learn about their shape, composition, structure and other features through observation from Earth," said Huang.

"We face great technological challenges in exploring asteroids and comets because so little is known about their detailed features," he added.

"Through ground observation, we presume that asteroid 2016HO3 rotates very fast, making one rotation in about half an hour. The structure of small celestial bodies is usually loose. It's very hard to land on such fast-rotating small bodies."

Comet 113P is larger than the first target, but is also largely unknown. It's at the outer edge of the main asteroid belt, adjacent to Jupiter. Its distance from Earth would make the orbit measurement very difficult, Huang said.

"Another challenge is how we connect the two tasks of exploring the asteroid and then the comet," he said.

The scientific objective includes studying the formulation and evolution of the solar system, the role of near-Earth asteroid and main-belt comet impacts on the origin of life, and the dynamics of small bodies in the solar system.