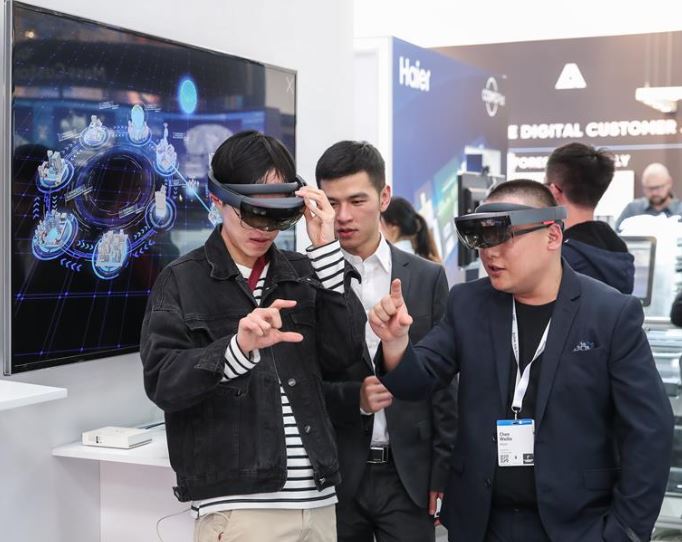 Nearly 40 percent of the fair's 215,000 attendees came from abroad, 7,200 of whom are from China, followed by the Netherlands, Italy and the US.

With a total of 6,500 exhibitors from 75 countries and regions, the fair has shown the latest development of technologies for industrial use, including 5G network, artificial intelligence, light-weighted manufacturing, among others.

Over 1,400 Chinese exhibitors have attended the fair, the second most only after the host country Germany. Huawei, Haier and other Chinese manufacturers have presented their most advanced networking and artificial intelligence technologies to the world in the past days.

"China has participated actively in the global and digital world. You have a huge market and demand, also many instruments making others interested. We have seen less boundary and more cooperation partners," Kockler told Xinhua.

The fair will run between April 20 and April 24 next year, with Indonesia as the official partner country.