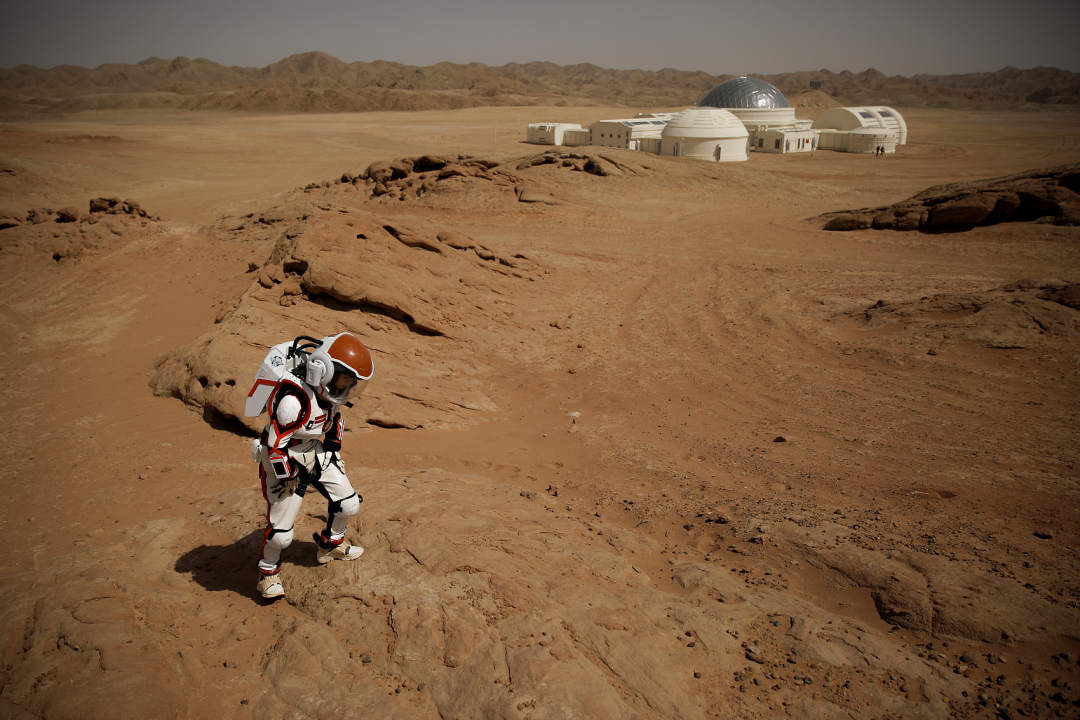 China’s first simulated Mars base built according to actual aerospace-based specifications was officially open to the public in Jinchang, northwest China’s Gansu Province, on Wednesday. Many teachers and students were invited as the first overnight visitors to see the land navigation cabin, observe a “Mars” cave and listen to an aerospace science lecture. (Photos: Xinhua and VCG, compiled by Bao Han) 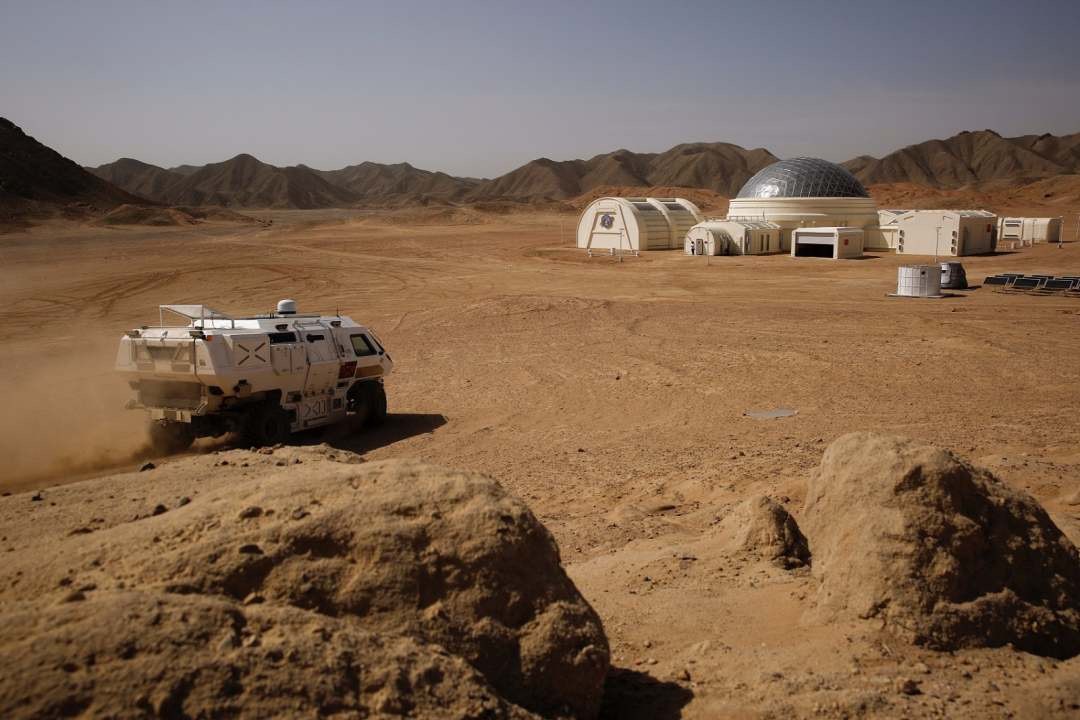 The base, named Mars Base 1, has a planned area of 67 square kilometers and a core construction area of 5 square kilometers. It is designed with nine cabins including a general control cabin, air brake cabin, passenger cabin and biological cabin. It can help with astronauts’ extraterrestrial training. 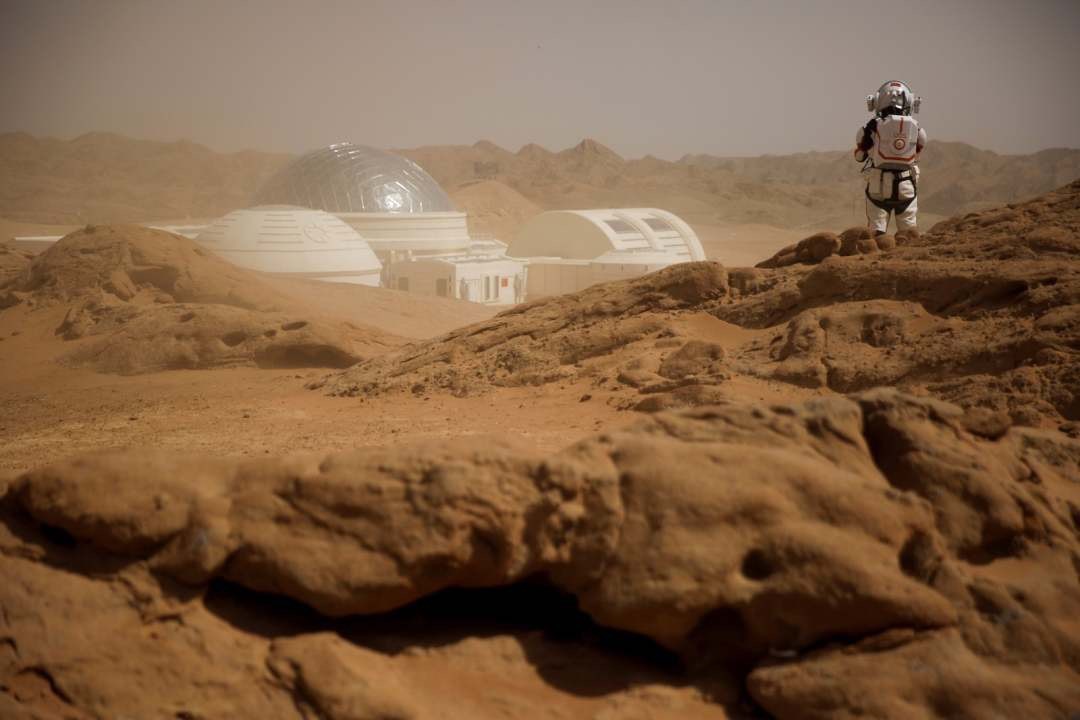 Li Tanqiu, deputy chief designer for China's astronaut system department, commented that “the base is the most real simulated base for Mars survival in China so far.” 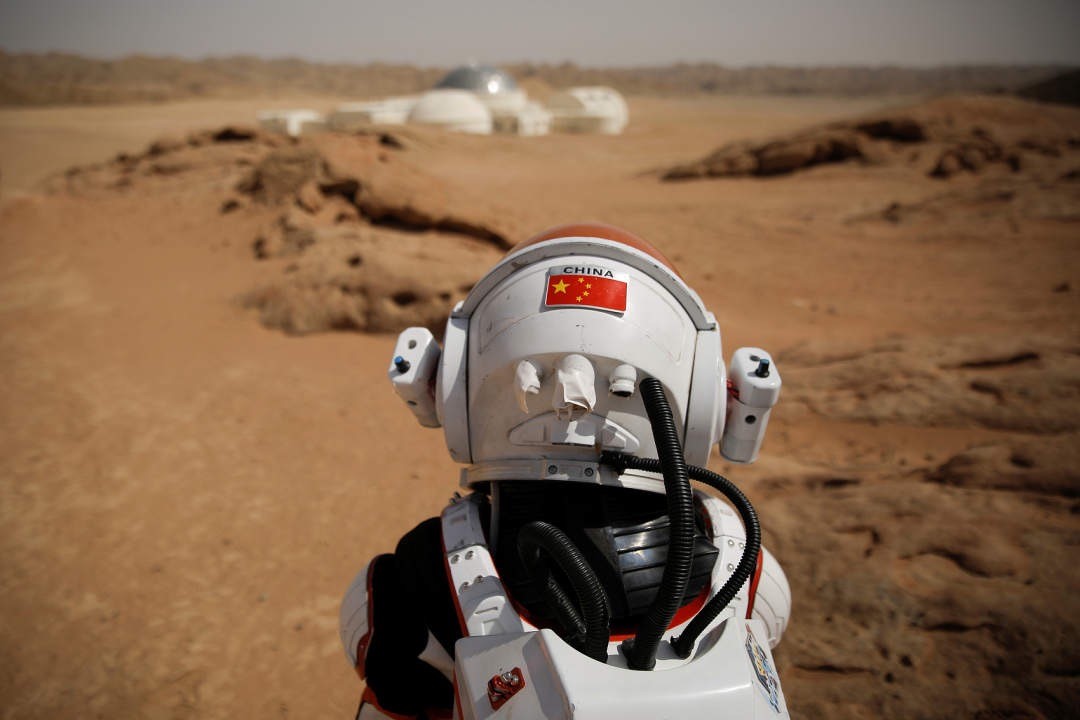 “Jinchang has a unique landform and a geomorphological environment that is very similar to the Mars surface,” said Li Tanqiu. According to Li’s analysis, Jinchang’s terrain is high in the south and low in the north and the mountains are staggered. It is dry and windy all year, and has large temperature differences between both day and night and the four seasons, which can greatly approximate the astronauts’ survival condition in space. 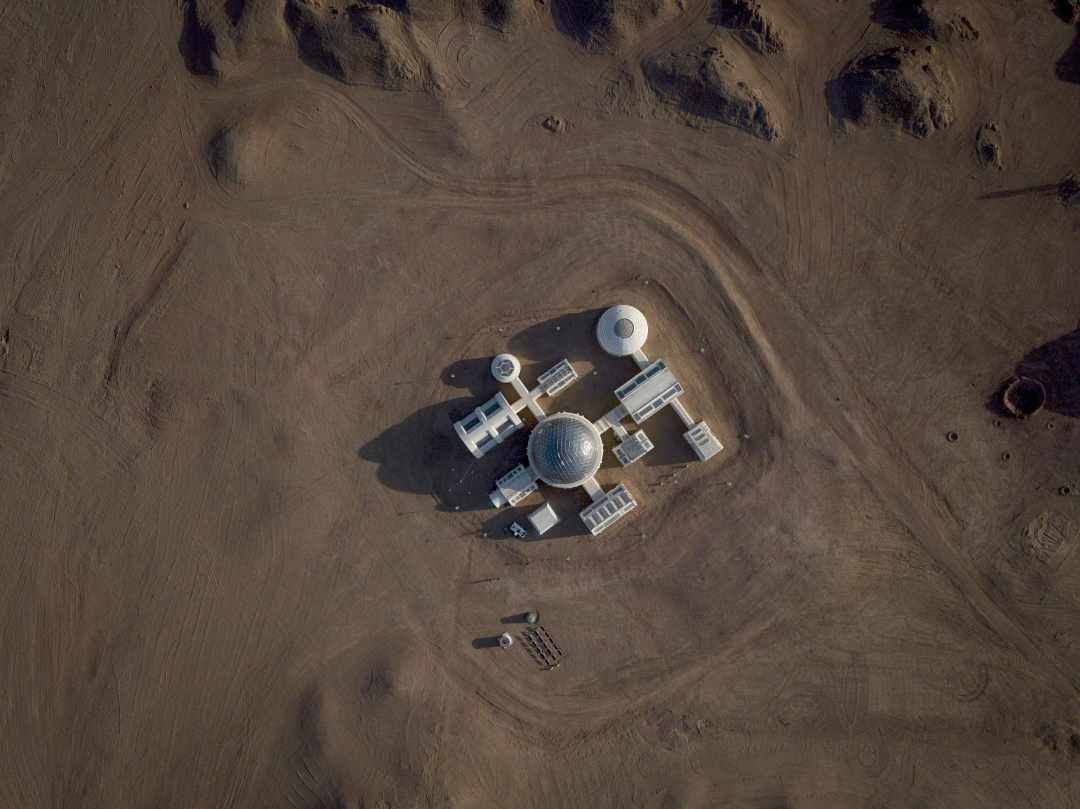 An overhead view of Mars Base 1. 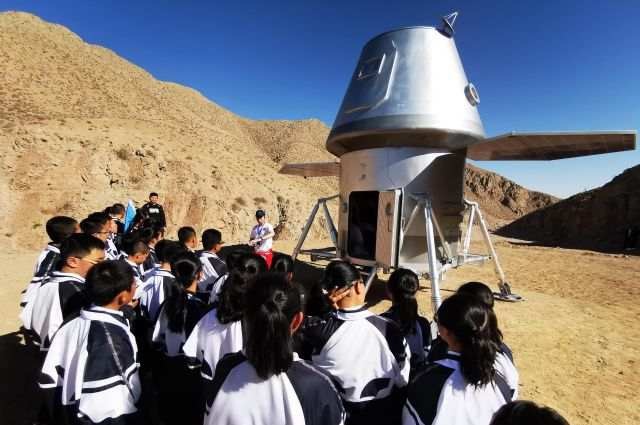 Students learn about the structure of the landing cabin. 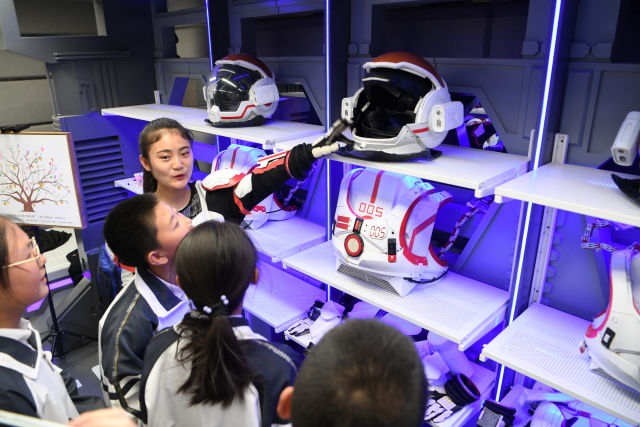