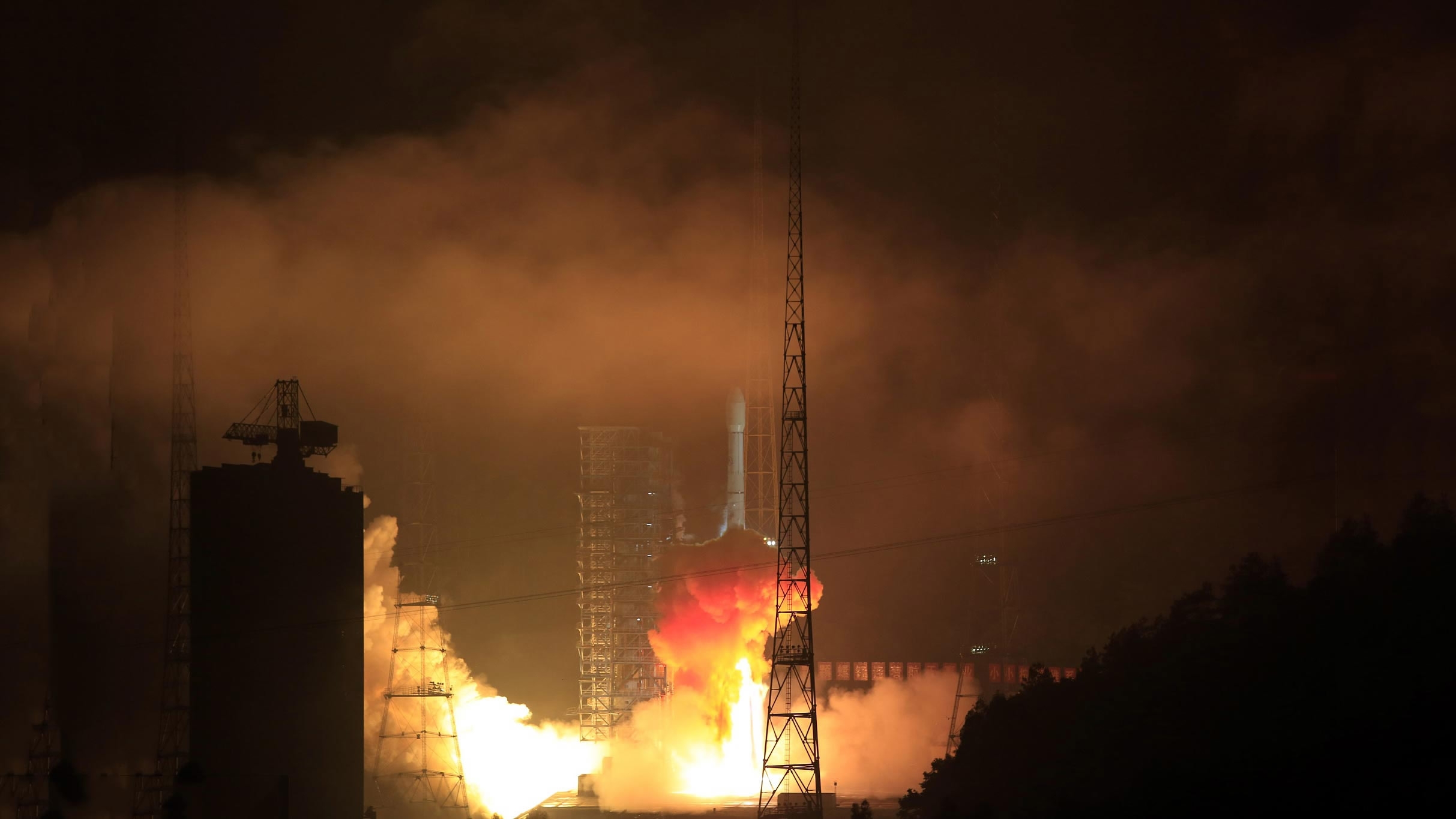 China's top 10 scientific communication achievements of 2019 were unveiled on Dec. 17 at a ceremony held by the China Association for Science and Technology, CCTV reported on Dec. 18.

On Jan. 3, 2019, Chinese spacecraft Chang' e-4 successfully touched down on the far side of the moon and sent back the world's first close shot of the moon's far side.

On April 10, 2019, astronomers around the world announced that the first image of a black hole at the center of massive galaxy M87, 55 million light-years from Earth with a mass 6.5 billion times that of the sun, had been captured by an Earth-sized virtual telescope called the Event Horizon Telescope (EHT).

On June 6, 2019, China's Ministry of Industry and Information Technology granted 5G licenses for commercial use, marking the beginning of a new era in the country's telecommunication industry. China Telecom, China Mobile, China Unicom and China Broadcasting Network were the first companies to obtain 5G licenses.

Nobel Laureate Tu Youyou's team proposed solutions to the problem of artemisinin resistance, providing new evidence that artemisinin is still "the best weapon" against malaria, the world's No. 1 insect-borne infectious disease, according to a report by Xinhua News Agency on June 17, 2019.

Researchers from Tsinghua University developed a ground-breaking electronic brain-inspired chip. The chip, which could accommodate both machine-learning algorithms and brain-inspired circuits, provides a computing platform for the research and development of artificial general intelligence. The study was published as the cover story of Nature Magazine on Aug. 1, 2019.

With a diameter of 15.8 meters, China's largest homemade slurry tunnel boring machine started to excavate a tunnel in south China's Shenzhen on Aug. 13, 2019. It weighs around 4,800 tonnes and is 135 meters long.

On Sept. 17, 2019, Chinese President Xi Jinping signed a presidential decree to award 42 Chinese and foreign individuals national medals and honorary titles. Yuan Longping, the "father of hybrid rice," was an honoree of the Medal of the Republic.

On Oct. 16, 2019, a new image of Comet 2I/Borisov was taken by NASA's Hubble Space Telescope, providing important new details about the first interstellar comet astronomers have seen in the solar system.

On Nov. 14, 2019, China unveiled an experiment simulating the process of a probe hovering, avoiding obstacles and descending to land on Mars. The test was carried out in Huailai county, north China's Hebei province.