HEFEI, April 11 (Xinhua) -- A joint team of researchers from China and the United States have picked up a special X-ray signal that lasted for around seven hours powered by a magnetar, or magnetic star, 6.6 billion light years away. 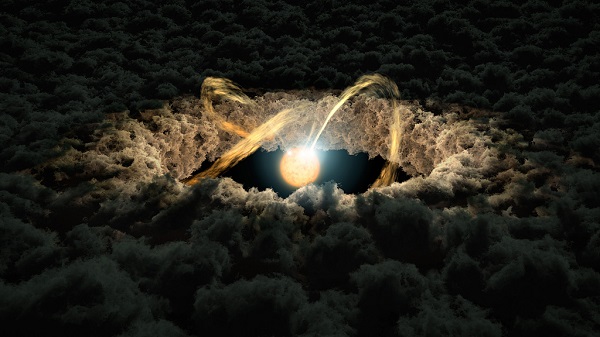 "It is a new type of X-ray signal that only existed in theoretical hypothesis previously," said Xue Yongquan, one of the researchers at the University of Science and Technology of China.

The signal, picked up at NASA's Chandra X-ray Observatory, offers proof that the direct result of the mergers of neutron stars can be a magnetar, rather than just a black hole as believed by many scientists, according to Xue.

The rapid rotation of the magnetar creates a strong centrifugal force, offsetting the gravitational force that makes it collapse into a black hole, Xue said.

The research findings have been published on the latest issue of international journal Nature.