Science fiction has an important mission to revive China's scientific spirit, a senior official with the China Association of Science and Technology has said. 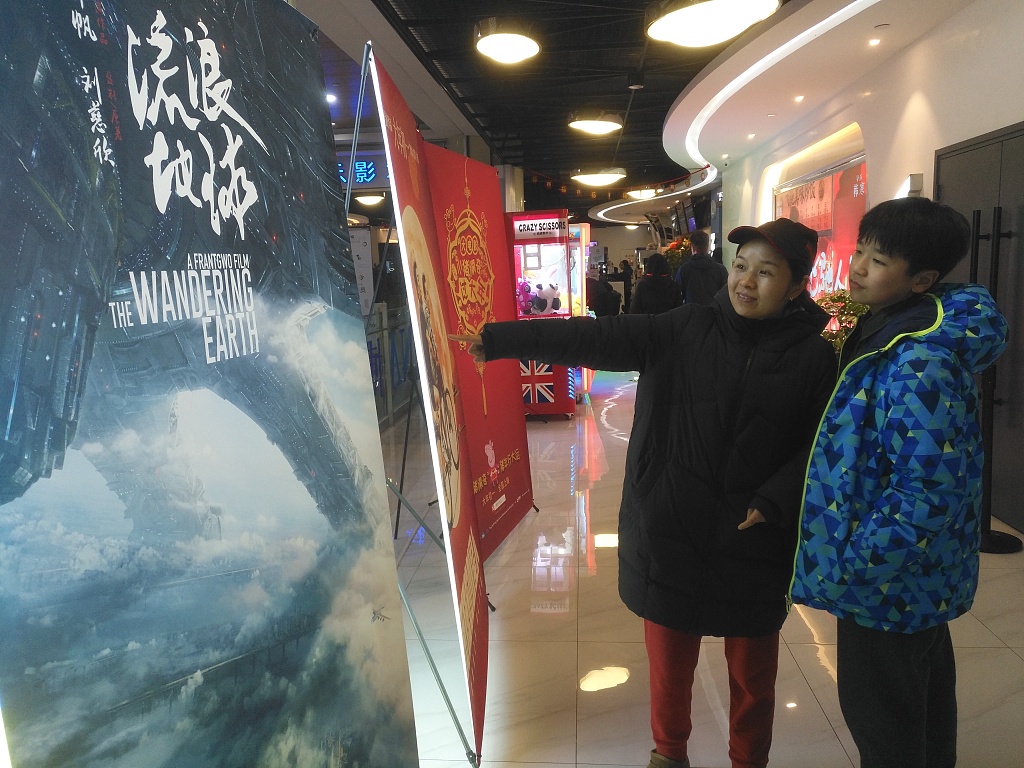 Speaking at the recently concluded Another Planet Science Fiction Convention, Bai Xi, the head of the CAST's department of science popularization, praised Hugo Award winner Liu Cixin and other Chinese writers for unleashing a sci-fi fever that is inspiring the nation's youth.

Bai also highlighted the role of sci-fi in popularizing science, especially as China strives to become a more innovative country.

"Science fiction has the task of promoting a scientific spirit and way of thinking in society," he said in a speech to sci-fi writers and fans at the event held over Saturday and Sunday in Beijing.

The official says that only 16.1 percent of Chinese children wished to become scientists, citing a People's Daily survey, and added that the figure was lower than 1978 when it stood at 22 percent.

The Chinese market for sci-fi literature was valued at 900 million yuan ($130.2 million) in the first half of 2018, nearing the 970 million yuan figure for 2017, while sci-fi box office takings in the same period of 2018 was 9.5 billion yuan, said a report by the Shenzhen-based Southern University of Science and Technology.

Earlier this year, the China-made sci-fi blockbuster, The Wandering Earth, adapted from Liu Cixin's short story of the same name, ignited a nationwide craze. And with box-office takings of about $690 million, it has become the country's second highest-grossing film of all time.

The groundswell of public interest in sci-fi has been partly attributed to the recent stream of scientific breakthroughs achieved by China amid a tech boom, including sending the first probe and rover to the far side of the moon earlier this year.

At the convention, there were discussions whether the sci-fi "Golden Age", which saw the rise of many sci-fi heavyweights like Isaac Asimov and Arthur Clarke between the 1940s and the 1960s, could be repeated in China.

Speaking on the issue, Liu says that if history was a guide, the boom in sci-fi literature and industry accompanied the modernization of countries like Britain and the United States predicts a similar boom in China.

"In today's China, the future denotes the vast changes of the present. This strong sense of future is a fertile land for the growth of sci-fi," says the author of The Three-Body Problem at the conference.

But Ji Shaoting, the founder of the Future Affairs Administration, an incubator for sci-fi writers and the organizer of the conference, sounds a note of caution: "While now is an ideal era to ponder the relations between man and technology, we should also guard against the trend as rapid changes can also make people numb to technology."

The two-day convention attracted China's leading sci-fi writers including Han Song, Wang Jinkang and Chen Qiufan, as well as an international line-up including Michael Swanwick and Allen Steele from the United States; Kelly Robson from Canada, and Taiyo Fujii from Japan.