JIUQUAN, Oct. 14 (Xinhua) -- Astronauts from foreign countries will be able to participate in joint flights on board China's space station, the China Manned Space Agency (CMSA) announced on Thursday. 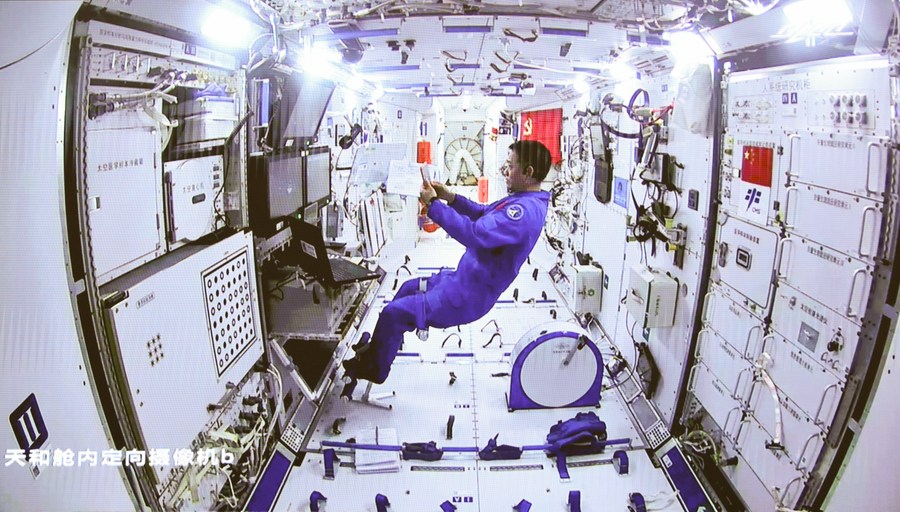 China welcomes foreign astronauts to its space station to carry out international cooperation, Lin Xiqiang, deputy director of the CMSA, told a press conference ahead of the Shenzhou-13 spacecraft launch, which is scheduled for 12:23 a.m. (Beijing Time) on Oct. 16 from the Jiuquan Satellite Launch Center.

The Shenzhou-13 spacecraft will take three astronauts -- Zhai Zhigang, Wang Yaping and Ye Guangfu -- into space for the construction of China's space station.

He said the cooperation on astronaut selection and training has already taken place between China and foreign countries.

European astronauts also participated in a sea-survival training program in China in 2017, he added.

International space cooperation is an important part of building a community with a shared future for humanity.

In its manned space exploration, China has cooperated with countries including Russia, Germany, France, Italy and Pakistan, and with organizations such as the United Nations Office for Outer Space Affairs and the ESA.

"It is a common cause for mankind that needs full global cooperation, and China has always been committed to the peaceful use of space, and equality and mutual development in space exploration," Lin said.