Chinese astronomers to search for cradles of new suns with FAST

BEIJING, June 23 (Xinhua) -- How many new suns could emerge in the Milky Way in the future? 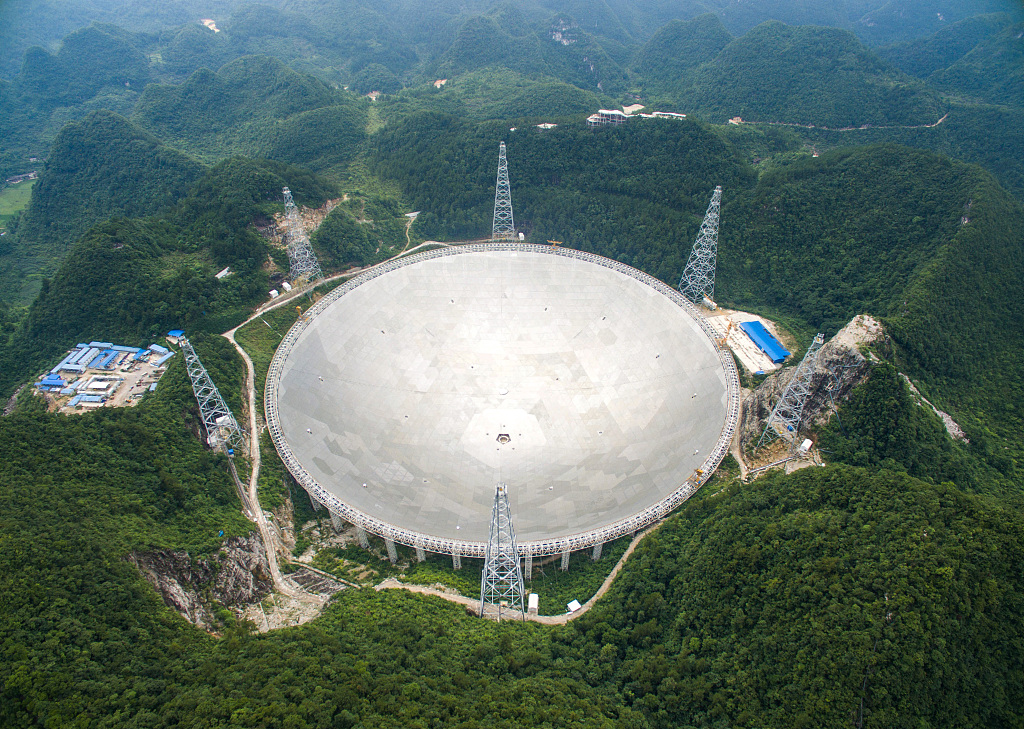 Chinese astronomers plan to use the Five-hundred-meter Aperture Spherical Radio Telescope (FAST), by far the largest telescope ever built, to search for birthplaces of new suns so they can better understand how stars and life substances are formed.

Astronomers at the National Astronomical Observatories of the Chinese Academy of Sciences recently caught the birth of a dark molecular cloud for the first time by using three telescopes of the United States and Europe. The discovery was published in the Astrophysical Journal, and introduced by the journal Nature as a research highlight.

Li Di, chief scientist of FAST, said hydrogen, the most abundant element in the universe and the main raw material for star formation, exists mainly in the form of atoms in the universe.

Only after the hydrogen atoms turn into hydrogen molecules, can gravitational collapse and nuclear fusion reactions be triggered, thus lighting up new stars, Li explained.

"The key step of turning hydrogen atoms into hydrogen molecules happens on the surface of cosmic dust," said Li.

Scientists found dark regions in the universe that are rich in atomic and molecular gases and cosmic dust, known as interstellar dark clouds, which are the birthplaces of new stars, new planets, and possibly life.

However, the interstellar dark clouds have the lowest temperature in the Milky Way, about minus 263 degrees Celsius. It is difficult to identify hydrogen atoms and molecules in the dark clouds at this low temperature.

Chinese astronomers developed a new observation method, called HI Narrow Self-Absorption. By using this method and the radio telescopes at the Arecibo Observatory and the Five College Radio Astronomical Observatory in the United States, as well as the European Hershel Space Observatory, the Chinese research team discovered dark cloud B227, which has an outer "shell" of atomic hydrogen, but a core dominated by molecular hydrogen.

"Our analysis showed the dark cloud is about 6 million years old; it's still a baby. A new sun will be born inside that cloud," said Li.

"Tens of thousands of interstellar dark clouds have been found previously, but this was the first time we got a look at a molecular cloud when it's born," Li said.

Scientists are still unclear how long it will take for atomic hydrogen to become molecular hydrogen in a dark cloud. It's estimated it could take about 10 million years to form a sun in a molecular cloud, according to the classical model. But some scientists believe it only takes about one million years.

"Our measurement this time supports the classical model," said Li.

The discovery made Li very confident of finding the birthplaces of new suns with FAST in the future.

"The high sensitivity of FAST and its advantage in sky coverage will enable us to study the molecular clouds in the Milky Way, as well as in the Andromeda Galaxy, adjacent to our galaxy," Li said.

Only after hydrogen molecules were formed in the universe did complex chemical processes take place, forming complex organic molecules. It seems that amino acids, the components of life, can be easily formed under astrochemical conditions. It is possible that amino acids will be found in space in the next few years, he said.

"We also plan to cooperate with the Milky Way Image Scroll Project of the Purple Mountain Observatory to catch the dark clouds at birth, and to study how many new suns will be born in our galaxy," said Li.

FAST, the world's most sensitive radio telescope, located in a naturally deep and round karst depression in southwestern China's Guizhou Province, was completed in September 2016 and is due to start regular operations in September this year.

The performance of the telescope during commissioning is beyond imagination, said Li.

FAST will also be used for molecular observations related to the origin of space life, said Li.