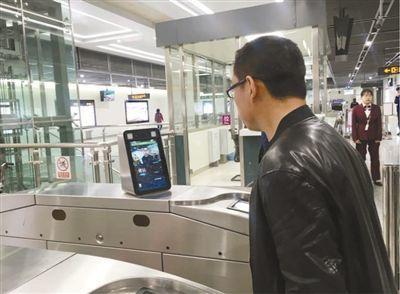 Passengers in Jinan, capital of east China's Shandong Province, are experiencing quick and easy entrance to subway stations. Instead of using tickets or swiping their smartphones, they can just smile at a screen to unlock the electric gates, the People's Daily reported Thursday.

The mobile app "Jinan Metro" is responsible for collecting users' images. The fee will be deducted from their bank accounts, previously registered and validated through their mobiles, after they exit.

A total of 11 stations on the city's subway Line 1, which went operation on April 1, have installed the facial recognition machines to identify users and show their purchase records.

Before it was put into use in April, the facial recognition system had been tested more than 100,000 times in about three months.

The facial recognition system has shortened the queues for entry at subway stations. Every minute it enables 33 people to pass the entrance gate, while other services such as tickets or QR code-swiping can pass only 20 people through, the paper said.

Stations on subway Line 2 and 3, both under construction, are expected to install facial recognition cameras, too.