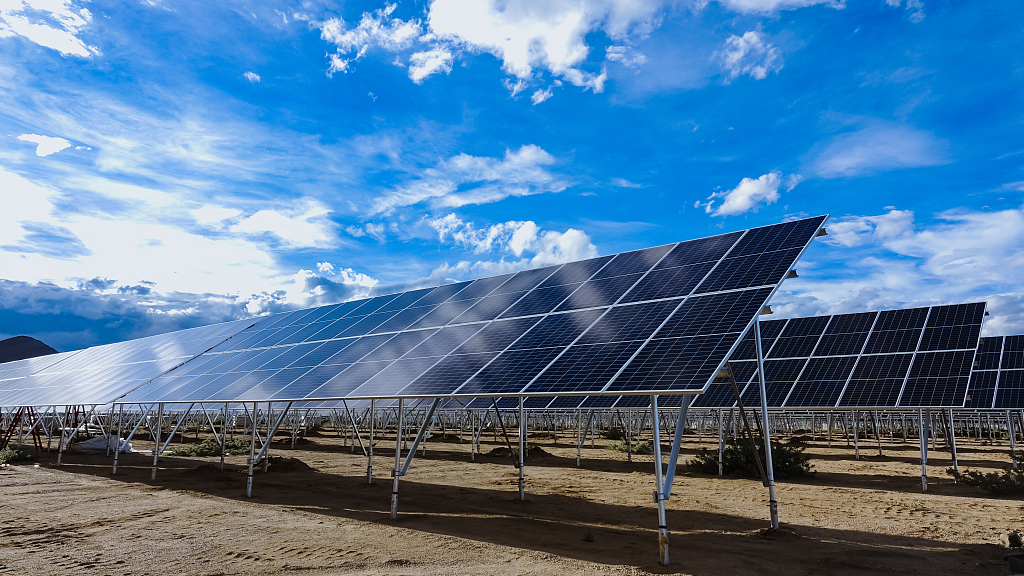 Chinese-developed silicon cell has set a new world record for efficiency for the first time in the history of photovoltaics.

It is said to be the latest world record, having been established five years after a Japanese company set the benchmark for single crystal silicon cell efficiency at 26.7% in 2017.

With an efficiency of 26.81 percent, the silicon cells developed by Chinese photovoltaics firm LONGi are currently the most efficient of their kind.

The improvement in efficiency means that a certain area of battery absorbing the same amount of light can emit more electricity than before.

This milestone not only demonstrates China's development strength in silicon solar cell manufacturing but also strongly boosts the country's confidence and determination to move to the world forefront in more scientific and technological fields, said Zhang Yuzhuo, vice-chairman of the China Association for Science and Technology.

It is estimated that based on 20 percent conversion efficiency, every 1-percent increase can save more than 5 percent of the costs for downstream power stations, he said.