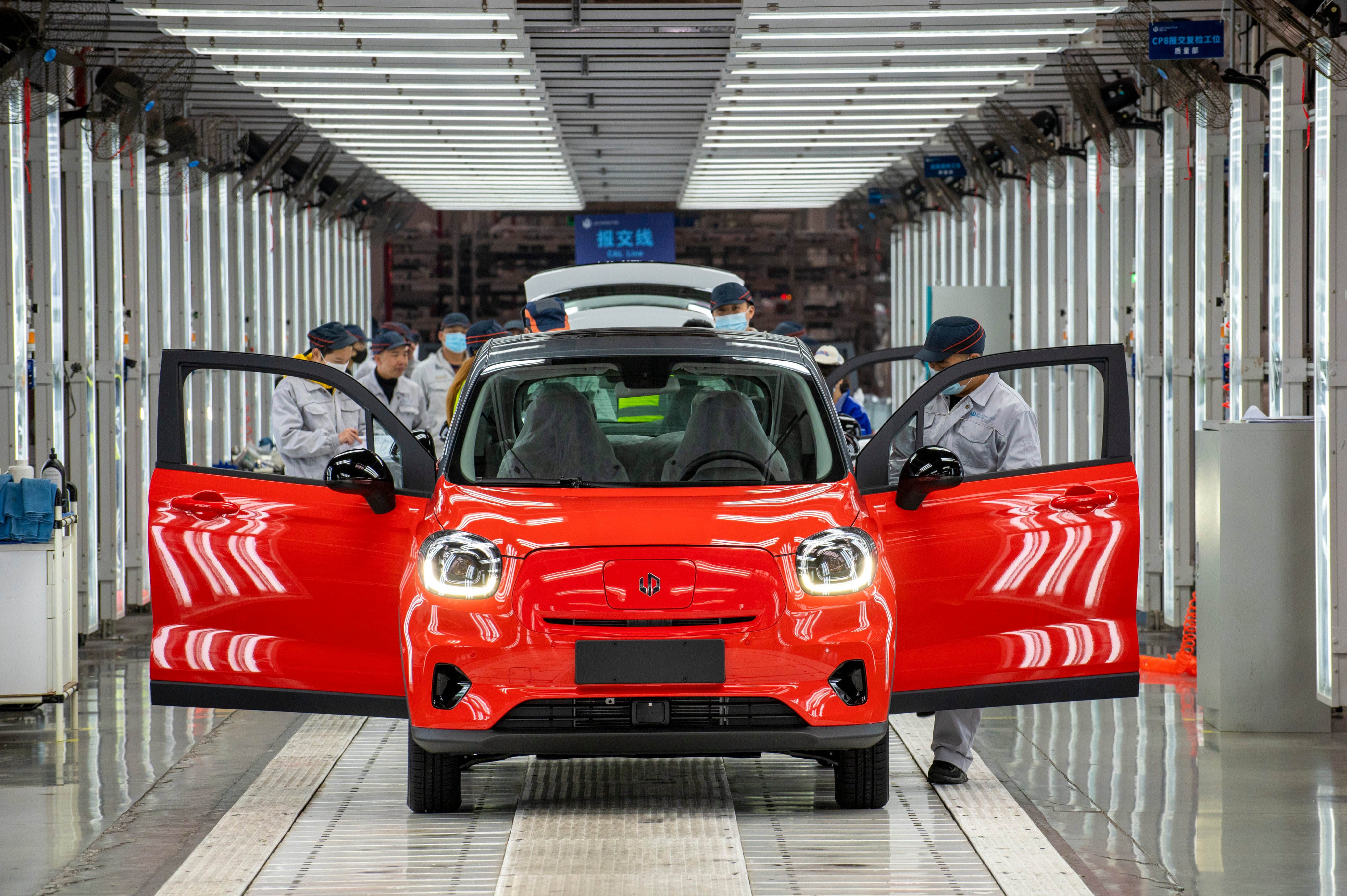 Employees work on the assembly line of the T03 electric car at a factory of Chinese EV maker Leapmotor on December 17, 2021 in Jinhua, Zhejiang Province. (Photo: Agencies)

At a launch event held by the Israeli importer in the coastal city of Tel Aviv, which was attended by Leapmotor representatives, the Chinese car manufacturer's electric T03 model was unveiled.

Leapmotor was founded in 2015 and is headquartered in the city of Hangzhou in eastern China.

It internally develops all its key hardware and software across the core systems and electronic components of its cars with in-house engineering and manufacturing capabilities, the Chinese company said on its website.