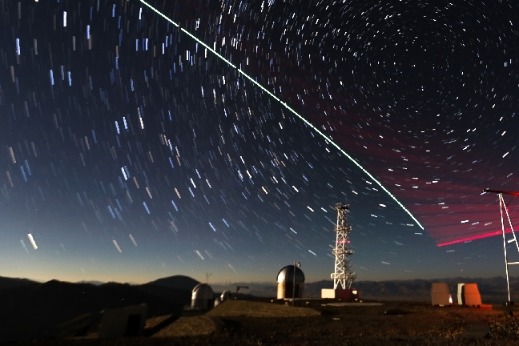 The study published on Nature Physics was jointly accomplished by Professor Pan Jianwei from the University of Science and Technology of China and his colleagues.

The current time synchronization techniques have shown to be vulnerable to sophisticated adversaries. Therefore, there is a compelling need for new methods to distribute high-precision time information securely.

The quantum communication technology can bring new solutions, said Pan. Based on the principle of quantum "non-cloning," time transfer technology with a single photon as a carrier can fundamentally ensure the security of the signal transmission process.

In physics, the no-cloning theorem states that it is impossible to create an identical copy of an arbitrary unknown quantum state.

The research team led by Pan proposed a satellite-based quantum-secure time transfer (QSTT) scheme, in which a single photon is used as the carrier for both the time transfer and the secret-key generation, offering quantum-enhanced security for transferring the time signal and time information.