BEIJING, June 28 (Xinhua) -- Exploring space means an enterprising spirit and an optimistic pursuit of the unknown, Chinese astronaut Wang Yaping said at a ceremony on Tuesday. 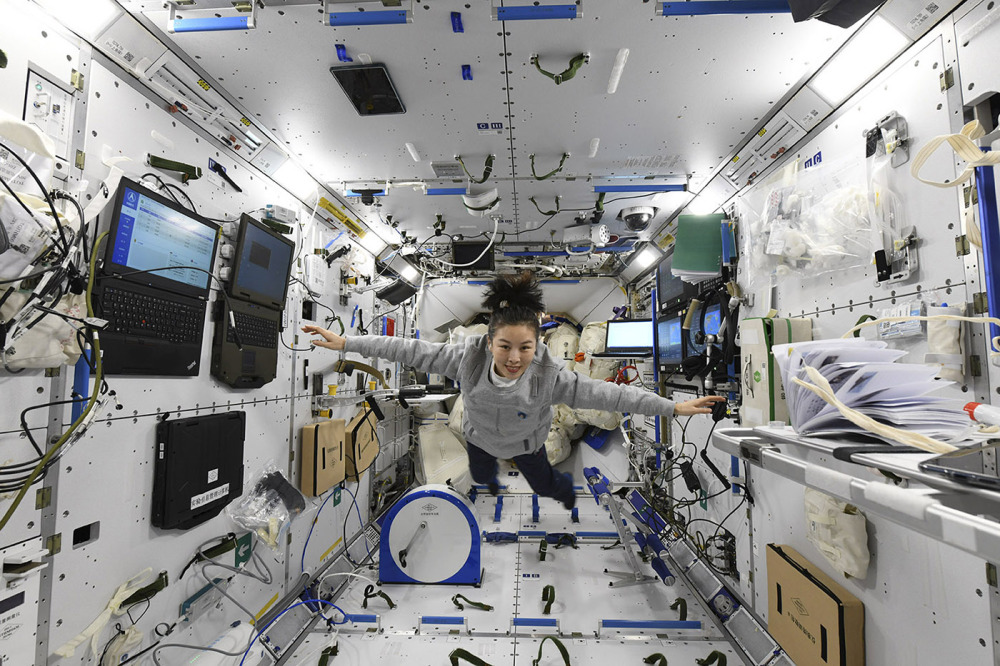 Wang, having been in space twice and also the first female on China's space station, delivered an address at Peking University's graduation ceremony and shared her space mission experience with the youth.

"I congratulate you on your precious time on campus and the coming new journey in your life," she said via video, which was her first public appearance since returning to Earth in April from the Shenzhou-13 crewed mission.

Launched on Oct. 16, 2021, the Shenzhou-13 spaceship sent Wang, along with her two teammates, Zhai Zhigang and Ye Guangfu, to China's space station core module Tianhe, where they lived and worked for six months.

Wang underlined the importance of collaborative teamwork. During their stay in space, the trio performed extravehicular activities twice, delivered two live classes, and conducted a series of science experiments and space application tasks.

The mission's success was the result of the joint efforts of all scientists and workers in China's space field and the close cooperation and mutual support among the crew, she said. She placed high hopes for the graduates to take on the glorious mission of China's space endeavors and serve the country.

Wang studied at the School of Journalism and Communication at Peking University and graduated six years ago. She is now working on her doctorate at the university's School of Psychological and Cognitive Sciences.

"I hope you will never forget your sense of justice and responsibility and always keep your hope and love for the future in whatever field you will be engaged in," she said.