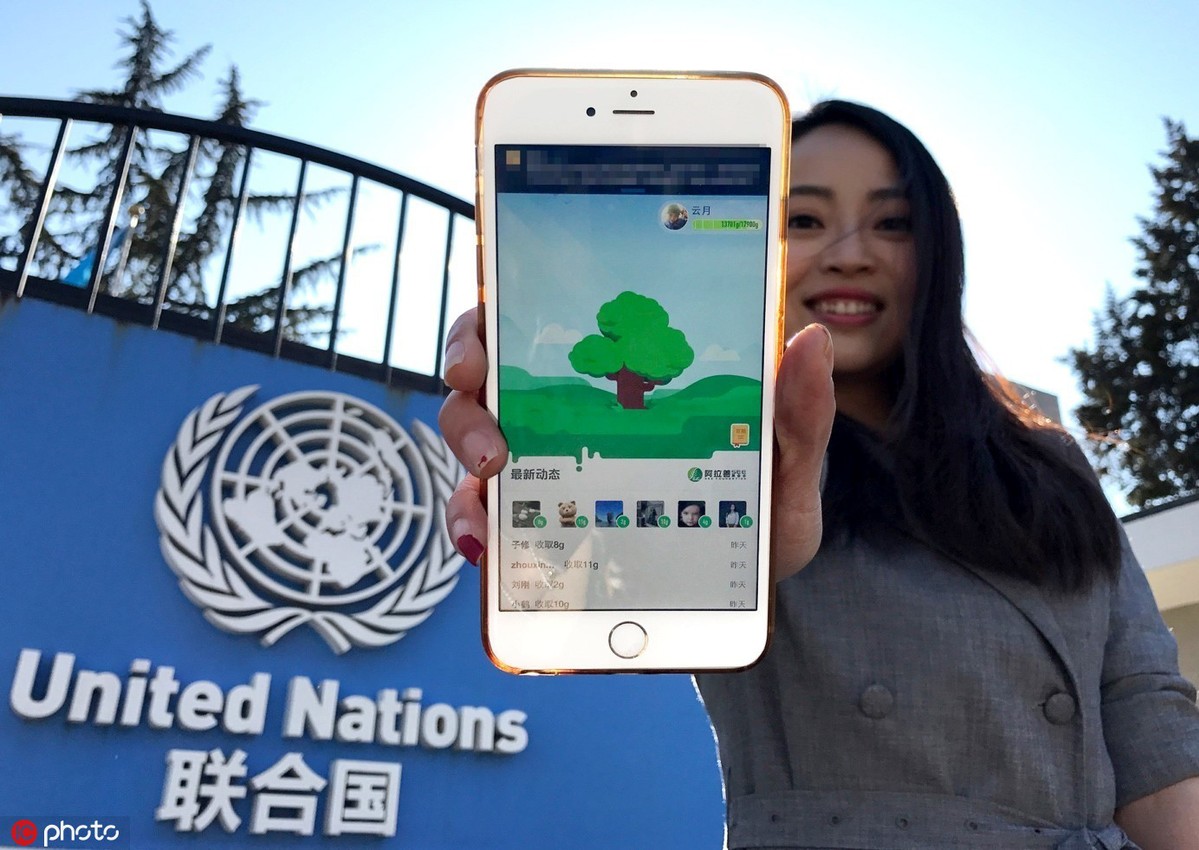 BEIJING, March 31 (Xinhua) -- How would you react if someone told you that you could help save the world by playing video games?

Hard to believe, huh? Well, it is true.

A group of world's leading video game companies have joined forces to combat climate change, and the latest addition to their partnership, China's TiMi Studios, vows to kick the action up a notch.

PLAY FOR THE PLANET

Promising to prepare more than 110 million Chinese gamers to address critical climate challenges within the next 12 months, TiMi Studios, a collective of video game developers under Tencent, Chinese IT giant and one of the world's major video game publishers, announced earlier this month that it has become the latest member of the UN-backed "Playing for the Planet Alliance".

It also became the first Chinese gaming company to join the initiative, which was launched by United Nations Environmental Programme (UNEP) in 2019 with the purpose of bringing the gaming industry together to defend the environment.

The members, including Sony, Microsoft, Ubisoft, Supercell and other big names of the industry, are encouraged to make decarbonization commitments, to implement action plans, and to activate the gamer community worldwide to join the common battle, according to sources with the Alliance.

Considering the significant size of gamer population in China as well as the popularity of TiMi-operated games, TiMi's involvement within the next 12 months is expected to double the scale of influence the Alliance had in 2020, according to UNEP estimates.

The Playing for the Planet Alliance has been created to support the gaming industry to reduce its carbon emissions as well as to use their influence, reach and creativity to address some of the world's biggest environmental challenges and to inspire and activate gamers to take action for the environment, Susan Gardner, director of the Ecosystems Division of UNEP, told Xinhua in an email interview.

Currently, the Playing for the Planet Alliance has 30 members with a reach of over 1.5 billion gamers.

"Today's commitment is just the beginning," said Colin Yao, Vice President of Tencent and President of TiMi Studios, in a communique released by the company.

The Chinese game developer hopes to promote sustainability awareness among players via game design, as well as to pursue ways to reduce its carbon footprint, alongside its global counterparts, he said.

Sam Barratt, Chief of Education and Youth at UNEP and co-founder of the Alliance, said that the climate emergency needs all hands on deck. "We are encouraged by the positive commitments of TiMi Studios who will leverage their creativity and scale to inspire audiences around the world to take climate action," he said.

"Today, around one in three people around the world plays video games," says the Alliance's launch video. It is estimated that gamers represent a community of 2.6 billion. "The gaming industry is now the biggest entertainment medium of our time", Barratt emphasized.

Over 45 actions were taken last year by Alliance members, according to the impact report, from encouraging Minecraft builders to protect coral reefs to warning Angry Birds aficionados of the worsening deforestation, from inviting gamers to raise funds for wildlife conservation and use more energy-efficient lighting to promoting nature restoration, renewable energy and eco-friendly lifestyles.

Video game players in China are a community not to be ignored, with a population of 665 million by the end of last year, up 3.7 percent from 2019, showed a report in December.

Among others, "Honor of Kings", a popular smartphone-based MOBA (multiplayer online battle arena) game developed by TiMi Studios, reportedly set a record of over 100 million daily active users in China and abroad in 2020.

"It is a wonderful idea and very plausible to insert environment-related content into video games and I personally look forward to seeing it happen," commented Zhang Hongfa, nicknamed "Big Xian", a live streamer of the (previously mentioned) game, regarding the "Playing for the Planet" initiative.

On "Huya", one of the leading live streaming platforms in China, the Beijing-based millennial has over 21 million subscribers who watch him play "Honor of Kings" from 7.30 pm to midnight everyday.

"As a gamer myself, I believe the project will make a positive and effective impact, when we pick up on the environmental awareness messages, there will be active discussions and the word will be spread further," he told Xinhua.

As more people become aware of the challenges facing the planet, more actions are likely to be taken, suggested Zhang. "If we can play video games and protect the environment at the same time, it will be a meaningful and valuable thing to do."

The Beijing-based streamer said that he would do his part and call upon his numerous followers to participate in the green actions.

China is planning to hit peak carbon emissions before 2030 and to achieve carbon neutrality by 2060, in which Chinese tech firms are expected to play an important role.

A virtual "Ant Forest", established in 2016 by Alipay, a third-party payment platform under Alibaba, another leading Chinese IT company, has been encouraging its app users to cut carbon emissions, which would be counted as "green energies" and then donated to tree planting charities.

"Some of my fans have set up a chat group to voluntarily remind each other to play the game of watering the virtual forest everyday", said Zhang.

Alipay said in a recent report that 550 million people, or nearly 40 percent of the Chinese population have used their phones to plant trees in the virtual forest, equivalent to a cumulative carbon reduction of 11 million tonnes. So far, 122 million real trees have been planted in the northwest of China, covering an area of 1.68 million mu (112,000 hectares).