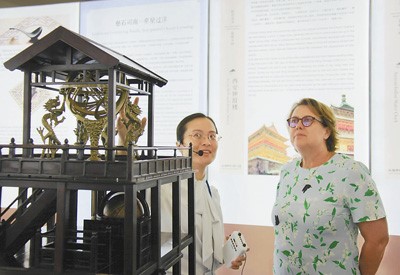 China is a latecomer when it comes to modern navigation technology, but the country's BeiDou system has developed rapidly in recent years. The system is leading the world in part of its functional indicators.

From 2017 to 2018, China sent 19 BeiDou-3 navigation satellites into space on 10 carrier rockets. At present, the BeiDou system has a total of 38 satellites in orbit. This year, the country plans to launch another 6 to 8 BeiDou-3 satellites and 2 to 4 of such satellites next year.

By the end of 2020, China will have completed the construction of the BeiDou-3 system, providing more accurate navigation services for global users.

All the components of the BeiDou navigation satellites are made in China, said Lu Xiaochun, deputy director of the National Time Service Center of the Chinese Academy of Sciences (CAS).

China’s Beidou navigation system has accomplished in 10 years what took the GPS of the US 30 years, and is equipped with high-precision rubidium and hydrogen atomic clocks independently developed by China. Lu attributed such remarkable achievement to the joint efforts of generations of the country’s scientists.

Simonetta Di Pippo, Director of the United Nations Office for Outer Space Affairs, said that the new Beidou navigation system will not cause a “war” between navigation systems, but bring huge benefits to users technically. The co-existence of multiple navigation systems will improve both reliance and signal coverage, she explained.

In recent years, the China-developed navigation system has expanded service coverage and increased technological capabilities with a global vision, enabling more and more countries to experience the Chinese wisdom.

The BeiDou system started serving the Asia-Pacific region since 2012. Its chips, board cards and modules have been used in navigation, mapping, precision agriculture and many other fields. The system has expanded its coverage to more than 90 countries along One Belt, One road, benefiting over 100 million users.

By the end of last year, the basic system with BeiDou-3 satellites completed construction and began to provide services for global users, which indicated further expansion of its coverage.

Experts pointed out that real-time goods tracking will play an important role in future commercial trade decisions. Currently, about 5,000 containers on 250 China-Europe freight trains have been equipped with high-precision positioning devices supported by the container positioning and monitoring system of BeiDou.

In the future, the BeiDou-backed devices will be installed on more than 100,000 containers, covering Europe, parts of the Middle East and parts of Southeast Asia.

"China's BeiDou satellite navigation system is becoming a compass in space to promote world connectivity," said Wang Qun, Permanent Representative and Ambassador Plenipotentiary and Extraordinary of the Permanent Mission of the People's Republic of China to the United Nations and other International Organizations in Vienna.

The compass invented by ancient Chinese people made it possible for human being to explore and locate at sea – a prerequisite for the Great Maritime Era. The BeiDou satellite navigation system, which is under construction in China, is expected to build a more wide-ranging, integrative and intelligent system through high-precision, high-reliability positioning, navigation and timing services by 2035.