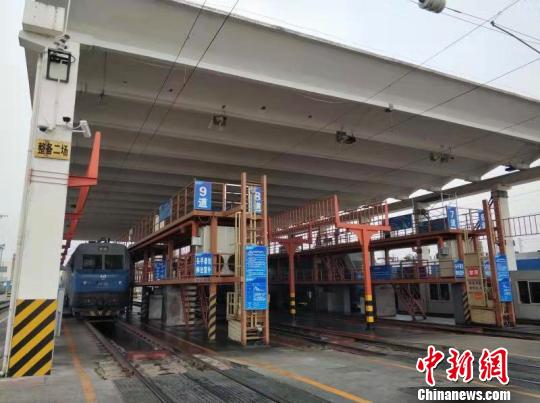 Trains generate massive amounts of data during operation, and this data needs to be transferred to related departments for analysis once the locomotives return to the railway depots.

As railway transit develops, the sheer amount of data, especially video data, is growing fast. At this moment in time, Chinese railway system information is predominantly saved on flash drives. However, there is always the potential risk that the disks may be damaged or lost.

Thanks to the 5G storage system explicitly tailored for rail transit scenarios, 55 gigabytes of data can now be stored in just 10 minutes, over 100 times faster than using WLAN.

It is a perfect solution to current dangers, offering strong support for operation data analysis of locomotives.

Currently, most data storage facilities in the world use 3G or 4G communication. The newly developed storage system by the Zhuzhou CRRC Times Electric Co., Ltd. will break the boundaries of internet speed and improve transmission efficiency.

The new technology will help the high-broadband data transmission of not only rail transit systems, but also wind power generation and electric vehicles.