Chinese research vessel KEXUE, or Science, returned to its homeport in Qingdao, east China's Shandong Province, on Sunday after finishing its longest research mission in the western Pacific Ocean. 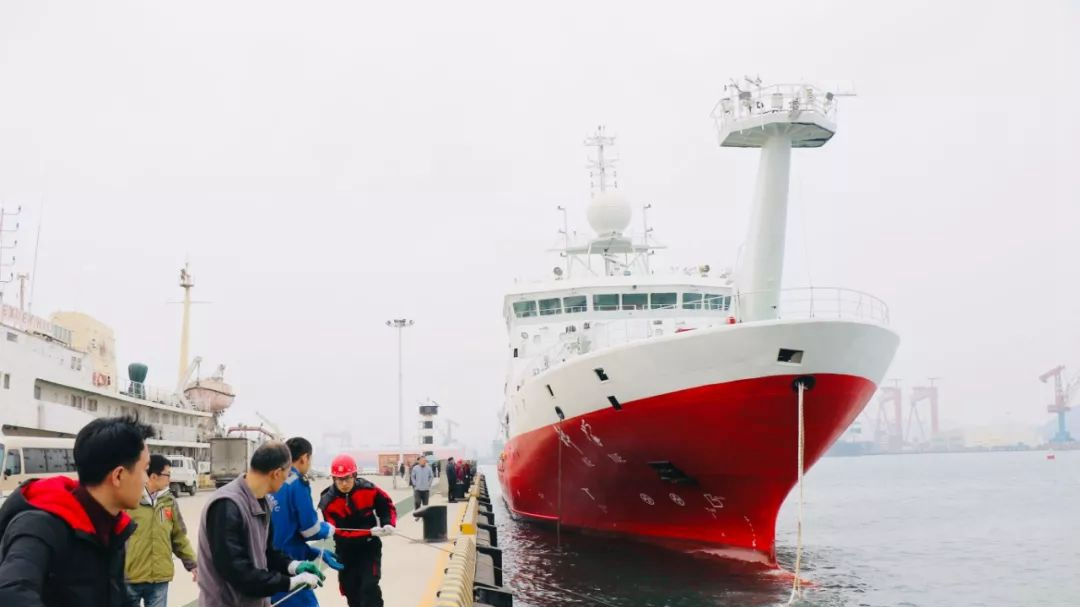 The vessel sailed more than 14,000 nautical miles in its 95-day voyage starting from October 3, 2019 , which consisted of two sections with a berth for supply at the port of Pohnpei in the Federated States of Micronesia.

Forty-four scientists from 12 research institutes and universities aboard have conducted some 40 NSFC projects in various fields including marine physics, marine biology and marine geology.

Researchers have taken 218 measurements of the conductivity, temperature and pressure of seawater, trawled dozens of times, and deep-sea dredged 11 times, according to Hu Shijian, chief scientist in charge of the second section of the expedition.

They also ran seawater corrosivity tests at depths below 3,000 meters, obtained high-resolution, high-sensitivity data of marine plankton respiration, as well as the biomass of nitrogen-fixing cyanobacteria and its vertical distribution in the neighboring waters of the Mariana Trench.

Wang Fan, director of the Institute of Oceanology under the Chinese Academy of Sciences, said the western Pacific, which has a significant impact on China's climate, is an ideal region to carry out earth system science and related research of the environment.