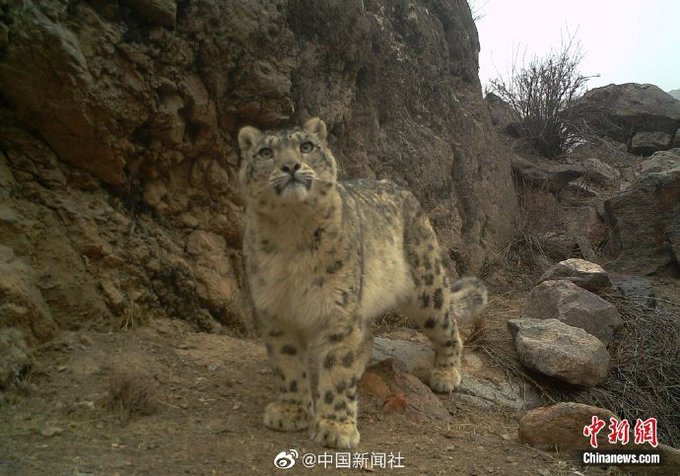 After being approved by the National Forestry and Grassland Administration, the management bureau of Gansu's Yanchiwan National Nature Reserve, together with the Beijing Zoo, Wild World Jinan and other institutions, launched the satellite tracking in December 2020.

The tracking is meant to strengthen the monitoring and research of the behavior and habitat of snow leopards and promote the formulation and implementation of protection plans for the endangered species, said Wu Liji with the management bureau. 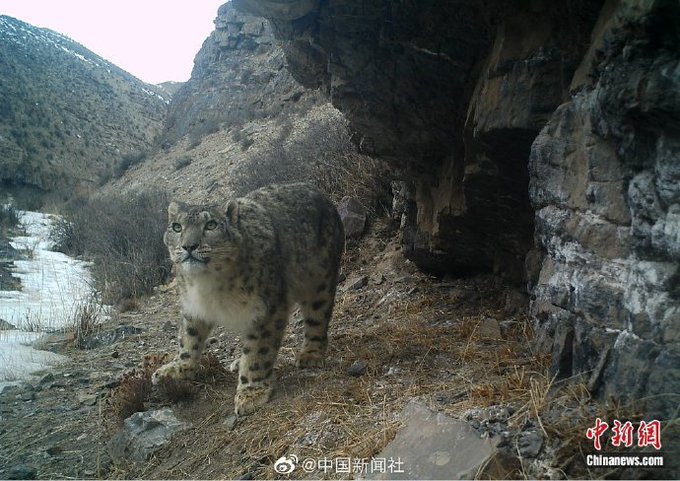 In early February, researchers caught a wild female snow leopard in the reserve and attached a positioning collar around its neck before releasing it back into the wild.

"Nearly a month of tracking has shown that the snow leopard is still in the vicinity of the field, and the collar and the animal's vital signs remain normal," said Wu.

The research team will further analyze the satellite data to fully understand the movements and habitat selection of snow leopards in the Yanchiwan reserve. 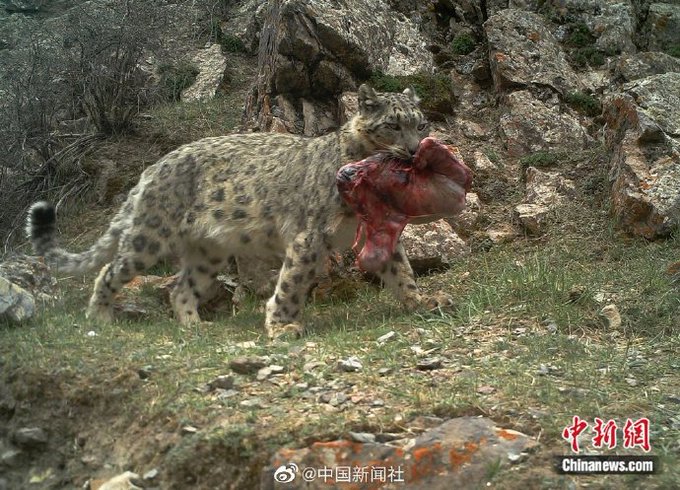 The snow leopard is a Class A protected animal in China and is classified as "vulnerable" by the International Union for Conservation of Nature. It is estimated that about 2,000 live in China's Qinghai, Xinjiang, Tibet, Sichuan and Gansu.