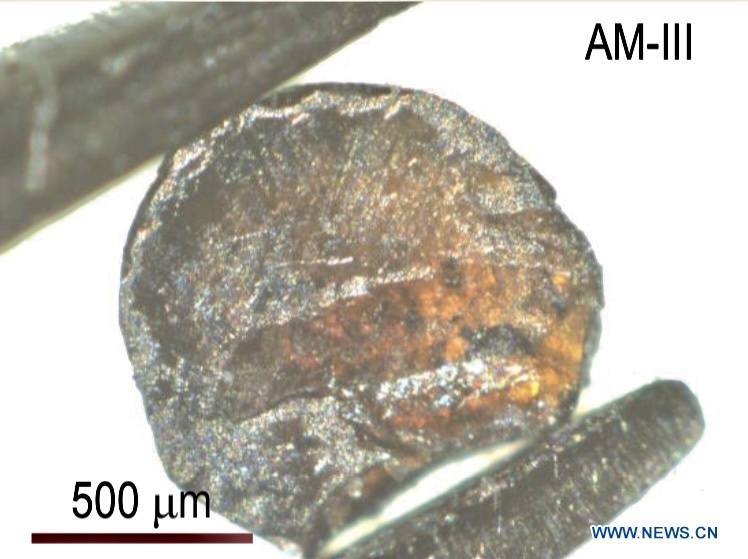 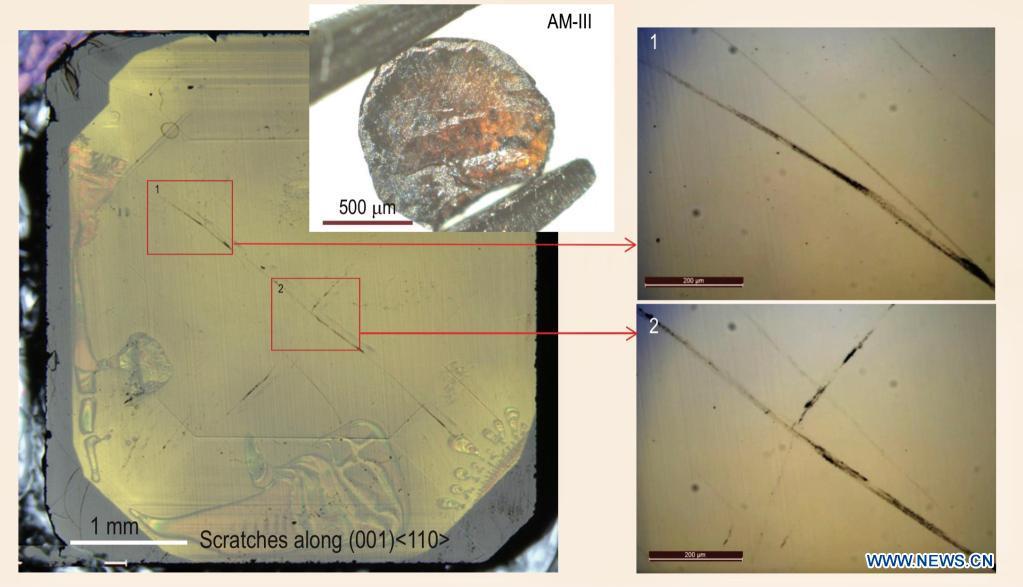 File photo shows scratches on diamond caused by AM-III, a new material in a glassy state.

Researchers have synthesized a new material in a glassy state that can cause scratches on diamond, said a national key laboratory in Yanshan University, North China's Hebei province, on Saturday.

The newly developed tough material named AM-III was obtained under high temperature and pressure using C60 fullerene, as hard as diamond as it has a 113 GPa hardness in the Vickers hardness test.

It is hitherto the world's strongest and hardest amorphous material, said the researchers in their paper published in the journal National Science Review.

The material is approximately 10 times as hard as steel and should be quite a bit better at stopping bullets than most vest technology, according to the paper.

It is also an optically transparent semiconductor material and is expected to be applied in photovoltaic technologies and innovations.