BEIJING, July 5 (Xinhua) -- Chinese researchers have found a remedy for jellyfish stings and have transferred the technology to a company in Shanghai to develop products, according to its developer. 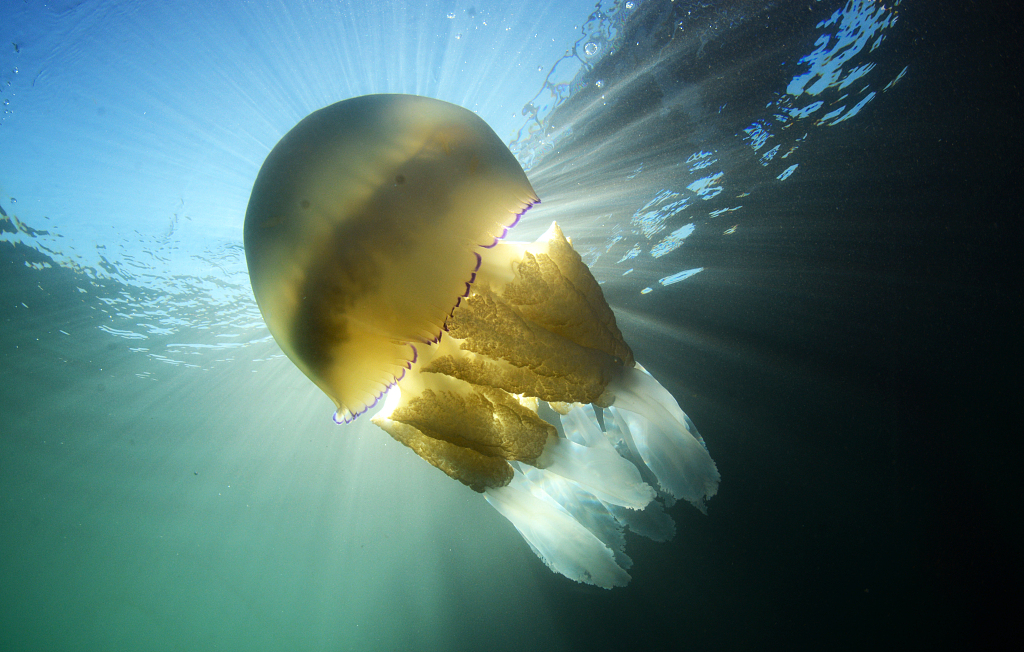 Jellyfish stings are relatively common problems for people swimming or snorkeling in the sea. People stung by jellyfish may suffer from severe pain, itching and skin necrosis. Currently, there is no special remedy for jellyfish stings.

Researchers from the Institute of Oceanology under the Chinese Academy of Sciences have spent more than ten years on the research of jellyfish sting. They analyzed the composition of jellyfish toxins, the biological activity and mechanism of the toxins and found a new target for detoxification. They developed a compound from the co-existing microorganisms of jellyfish, which can be used to treat jellyfish stings.

The technology will help enhance the handling capacity of jellyfish stings and improve coastal tourism services, according to the institute.