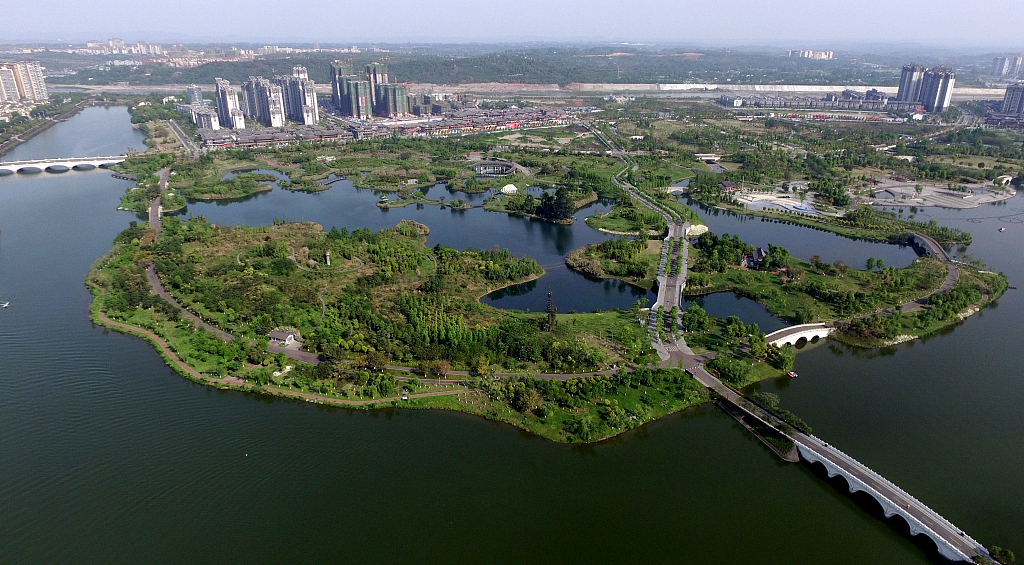 The impervious surface area of the monitored cities in 2010 was about 452,600 square km, accounting for about 60 percent of built-up areas of global cities, according to the paper published in the journal Science China Earth Sciences.

The global urban green space was 249,200 square km, accounting for 0.17 percent of the land area.

Kuang Wenhui, associate professor from the Institute of Geographic Sciences and Natural Resources Research of Chinese Academy of Sciences, discovered that the impervious surface area and green space differed with countries' development levels.

African cities have 70 percent, the largest proportion of impervious surfaces in their built-up areas, followed by the cities of South America, Oceania, Asia, North America and Europe.

Impervious surface areas are the most significant feature of human settlements and mainly include artificial structures that eliminate water infiltration, such as asphalt and concrete roads, parking lots and buildings.

The structural change of urban ecology is an important index associated with both living environment quality and sustainable development for human beings.